Residents who were displaced by the creation of the Civic Auditorium and I-10 freeway in the Pico neighborhood, which included low-income communities and communities of color 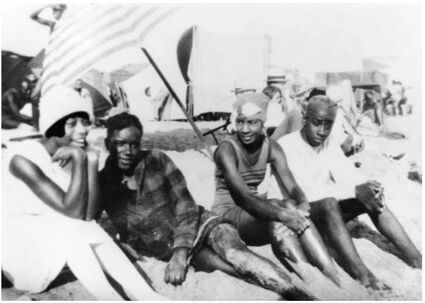 Left to right: Grace Williams, Albert Williams, Mary Mingleton and Willie Williams (no relation) in the segregated section of Santa Monica beach known as the Inkwell. 1926.

More than 100 families have applied to a pilot program that gives priority on Santa Monica's affordable housing waitlist to the households who were displaced by the Civic Auditorium or I-10 Freeway projects in the 1950s and 1960s, civic officials announced this week.

The new Below Housing Market program – whose enrollment deadline ended on February 22 – will provide priority in city-funded housing and inclusionary housing for up to 100 households or descendants of households who were displaced by local urban renewals, said city officials. "It is part of the city's commitment to equity and inclusion."

"We created this program in the earnest hope that former Santa Monica residents take advantage of this new affordable housing opportunity," Mayor Sue Himmelrich said in a statement. "If you know community members who were displaced in the 1950s and 1960s, we ask for your assistance in sharing the pilot information so we can identify as many candidates as possible."

Last July, the Council approved changes in priority to the city's Affordable Housing Production Program "in response to historic zoning practices and land use decisions that disproportionately impacted communities of color and displaced thousands of households living in Santa Monica."

Throughout the pilot, city officials said they will evaluate outreach strategies, applicant demand, the availability of historical documentation, verification processes, compliance with governing legislation and the administrative resources required to implement a broader program. 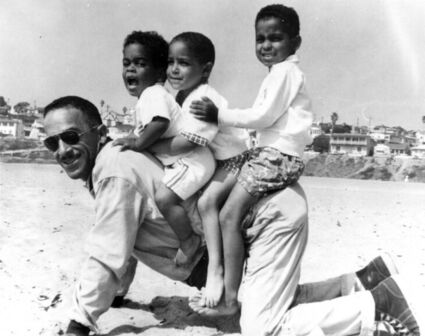 City officials said if more than 100 households apply within the first 30 days of the application period, a lottery will be conducted. However, if less than 100 applications have been received then the enrollment period will be extended and households that applied within the first 30 days will be reviewed for eligibility in the order they applied.