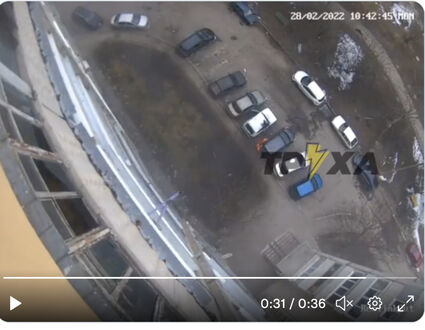 Other social media reports say dozens of civilians are dead. In some cases, their bodies are in the streets for all to see. 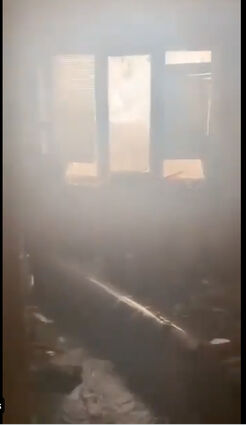 In fairness to the Russian Army, note that many civilians have taken up arms against Russians, making them legitimate military targets. One man was seen slugging Russian soldiers with his bare hands.

"Russian forces targeted #Kharkiv today, as a result dozens of civilians had been killed" posted one resident on Twitter.

Legal experts say that targeting civilians during wartime is an obvious breach of the 4th Geneva Convention on the treatment of civilians in a war zone, which treaty Russia signed in 1948. The video of Russians targeting the car park in front of an apartment tower in Kharkiv, may be seen at https://twitter.com/6elatin/status/1498333139449618445?s=20&t=-6Gq9SJN4NE6Zfc2BnhSEg