. . . . at the StormX Invitational Poker Tournament - in partnership with PokerGO 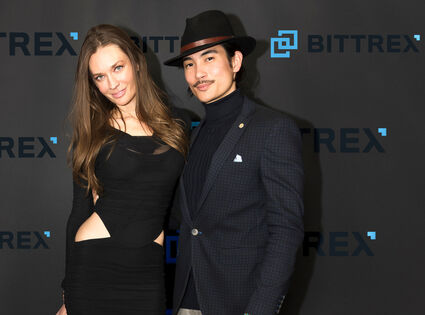 The multi-talented and philanthropic pair will represent world class crypto exchange Bittrex and have pledged to donate proceeds from the tournament to the charity 'Management Leadership for Tomorrow' (MLT.Org).

They will battle with their best poker faces and wits against over 80 players - many skilled notable names across varied industries, including crypto entrepreneurs, investors, poker pros, and celebrities.

Adkison, a former Los Angeles Dodgers player turned Hedge Fund manager, is a former Bittrex client from when he was a crypto Hedge Fund Manager for two years; Bittrex is now a client of Adkison's, as he currently advises them on their sports strategy, consulting and contract negotiations in his successful role as a leading Sports Business Executive.

Richie Lai - Co-Founder of Bittrex is also playing and donating to MLT.Org and partner Bill Shihara, Bittrex Co-Founder, is a committed supporter of the charity and donated $500,000 to MLT.Org last year.

Said Adkison, "We, along with Richie, have pledged to donate proceeds from the event, which could be as much as $500k, Bill and Richie chose the charity and Amber Arbucci and myself had zero hesitation in supporting this worthy charity too, we are proud to represent amongst these great players."

The Players. The majority of the field draws from finance. Some are traditional investors like Yu-Chi Lyra Kuo, others are figures from the world of crypto made up of various founders, creators, and CEOs of companies such as Stably, Layer Zero, and DeFi Technologies.They will be joined by celebrities from the world of NASCAR (Landon Cassill) and the NBA (Paul Pierce and Michael Carter-Williams).

Founded in 2014, by three cybersecurity engineers. Their goal is to operate a world-class crypto exchange with a focus on trust. With lightning-fast trades, dependable digital wallets and industry-leading security, they have created an exchange their customers can count on. When choosing an exchange, trust matters more than anything to Bittrex. Their platform was built from the ground up with multiple layers of protection, deploying the most effective and reliable technologies to keep funds and transactions secure. Bittrex believes in the potential of blockchain to provide groundbreaking solutions across industries and beyond crypto. To promote innovation in the industry, they work with teams around the world to advance new, inventive tokens that could potentially transform the way goods, services and operations are managed globally.

Launched in 2002, Management Leadership for Tomorrow (MLT) is a national nonprofit that is transforming the leadership pipelines of more than 120 leading organizations by driving breakthrough results for individuals and institutions.

MLT equips and emboldens high-achieving individuals from underrepresented communities-Black, Latinx, and Native American-to realize their full potential, to make a mark, and make a difference. MLT has convened a uniquely powerful and vibrant community of Rising Leaders-8,000 and growing-who are propelling change throughout our institutions, communities, and nation. Building on its nearly two decades of experience and deep partnerships in developing and implementing DEI strategies, MLT introduced the MLT Black Equity at Work Certification for employers-a first-of-its-kind, clear standard and roadmap for companies that are committed to achieving Black equity.

Thrust into the spotlight at the age of 19 after securing two Super Bowl commercials, she began a globe hopping career that landed her on the pages and covers, of the most prestigious fashion publications (including: GQ, SI, Vogue, Cosmo, Maxim, and Harpers Bazaar) and campaigns for some of the most elite brands (including: Victoria's Secret, True Religion, and Buffalo Jeans alongside Adrian Grenier)."

"Along the way, Arbucci has been involved with a variety of charities while currently sitting on the board of the Wildlife Conservation Film Festival. She has worked alongside Robert Kennedy Jr.'s "Water Keepers Alliance" and consistently supports local animal rescues such as Models & Mutts and Lil Orphan Hammies. Recently, she ventured to Thailand to work with Save the Elephant Foundation and Elephant Nature Park." She is a skilled Technical analysis trader who uses Bittrex to trade.