"Putin may encircle Kyiv with Tanks. But he'll never win the hearts of the Iranian people." -- Joe Biden

List of Joe Biden Gaffes at the State of the Union Address to Congress, March 1, 2022 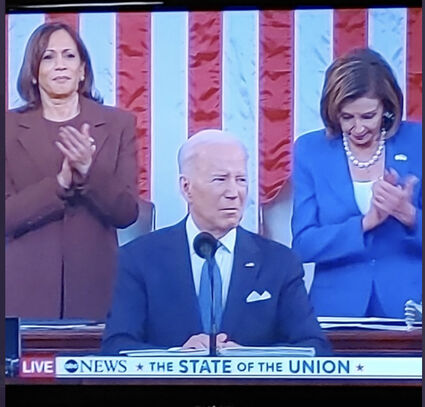 "Putin may encircle Kyiv with Tanks. But he'll never win the hearts of the Iranian people."

Joe Biden actually said the following to Congress at his State of the Union address on 3.1.22:

"Our troops are not going to fight Ukraine." Well that's a relief.

"Putin may encircle Kyiv with Tanks. But he'll never win the hearts of the Iranian people."

"I told Chinese President Xi Jin Ping, We'll build roads and bridges, and we'll do it to fight the dangerous infects of climate change."

"Technology of the Internet, technology that has yet to be invented. Intel CEO Pat Kissinger, Pat came to see me and he told me they were ready to increase their investment from 20 to 100 billion. And folks, Intel is not alone."

"The rebirth of pride in stamping products made in America. powered by people like Jo Jo Burgess, as Ohio senator Sharon Brown says, it's time to bury the label "rust belt." It's time to see what used to be called the Rust Belt be the home of a significant resurgence in manufacturing.

Inflation is robbing American families of gains in their income.

"One way to fight inflation is to lower your costs, not your wages. Economists call this increasing the productivity of our conomy. And here's the plan and I believe most Americans support the plan. First, cut the cost of drugs."

"There are more Corporations incorporated in America than in any other state in America combined."

"That's it. You've got 4 meat packing companies and that's it. And you play with them, or you don't get to play at all."

"And because this virus mutates and spreads we have to stay en guard. I've ordered more pills than anyone in the world has. And folks, we've made more tests available than anyone."

"And folks, we must watch for new variants. With infections down 75%, most Americans can remove their masks and stay in the classroom."

"4th we'll continue vaccinating the world. We won't stop because you can't build a wall high enough to keep out a vaccine."

"And I said to our transgendered Americans, I'll always have your back. So that you can achieve your God given potential." 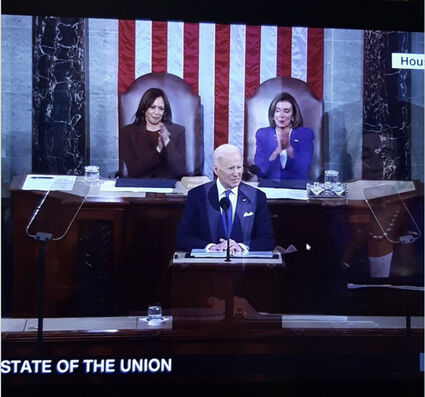 "4th we'll continue vaccinating the world. We won't stop because you can't build a wall high enough to keep out a vaccine."

"And stop doctors from prescribing treatments. I believe in recovery, and I salute the 23 million Americans in recovery."

"We must hold social medical companies accountable for the experiment they're conducting on our children for their privates, their profits, their private profits."

"More people can turn for health, if we treat it that way on our insurance. Look. The third piece of that agenda is support our veterans. I've always felt we have a sacred obligation to our veterans."

"Costs are too high. The solution is to cut them. Too many people are unemployed. We should make them employed. There is too much sadness. Instead, happiness is better."