Independent traffic study from 2021 had warned removal of the garage would cause havoc, and they were right 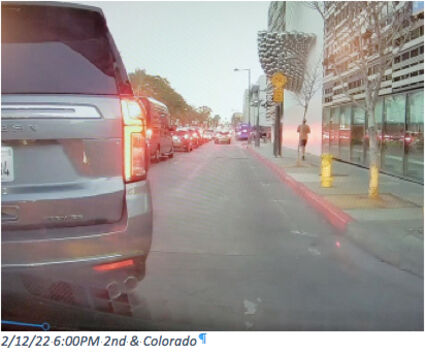 Traffic at a standstill on 2nd Street on Saturday, February 12 at 6:00 pm. Who would ever come back to Santa Monica after this experience?

March 2, 2022 - A traffic study done by local business owners shows that the removal of Parking Structure 3 from use has already caused considerable traffic backup in the downtown area during peak retail and entertainment hours. This outcome was predicted by earlier traffic studies by the same company.

The Parking Network (TPN) conducted a parking and traffic study for the weekend of the Super Bowl, February 12 and 13. While this might seem like an outlier regarding traffic and parking needs, an earlier study by TPN from December 2021 mirrors many of the same results.

The City of Santa Monica has closed Parking Structure 3 and wants to demolish it in order to build supportive housing (housing for people who can't even manage affordable housing). They were blocked from demolishing the garage, however, pending an appeal filed by the Santa Monica Bayside Owner's Association.

According to the report from TPN, "closing Garage 3 negatively impacted traffic congestion by removing the opportunity for cars to exit 4thStreet in the 1300 block." TPN called this a "release valve," a place for cars to get off the street and park. The garage closure had a domino effect on traffic in the downown area. Cars were observed waiting 45 minutes to exit Garage 6 onto 4th street. Exiting was also observed as difficult from Parking Garages 4 and 5.

On-street parking was at capacity through all hours of the study. In 20 hours of observation, TPN's study team did not see a single parking enforcement officer making sure cars did not overstay their metered time.

Removing the entry for garage 3 with its 336 parking spaces "had the impact of keeping cars on the street for a longer period while en route to alternative parking," according to TPN. "This exacerbated traffic for the entire study area.

Another factor adding to the traffic congestion was malfunctioning equipment in the remaining downtown garages.

TPN estimates that the 3rd Street Promenade attracts 54,000 vehicles per week. "Traffic witnessed this Super Bowl weekend is not limited to a special event such as this, but is a routine pattern for this area." 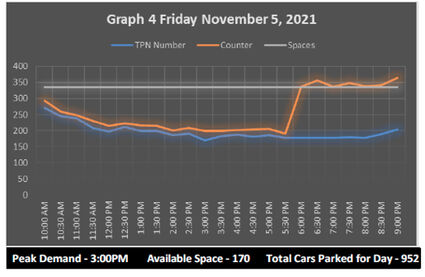 The TPN report from December, 2021 showed that the garage parking counters, used by the city to prove Parking Structure 3 was not crucial, do not work properly. Every single night of their 4-night weekend study showed the counters begin to wildly over-count available spaces starting around 6:00 pm. At at least one point, the sign was off by over 200 spaces. The 2021 study found that Garage 3 frequently had the highest utilization of any of the garages. On Saturday, November 13, a typical Saturday night, Garages 1 and 3 were filled to capacity. TPN noted "The 2017 Community Plan conducted in 2016 that including a parking occupancy review shows that Garage 3 clearly leads all other garages in utilization during all hours and days surveyed. This review, conducted in 2021, again shows Garage 3 has the highest utilization during all hours of operation."

TPN estimated the worth of Garage 3 in revenue to merchants as between $20-$40 million per year.