By forbidding the filing of sentencing enhancements, special circumstances allegations, and effectively eliminating bail, Gascon puts the worst of criminals back on our streets 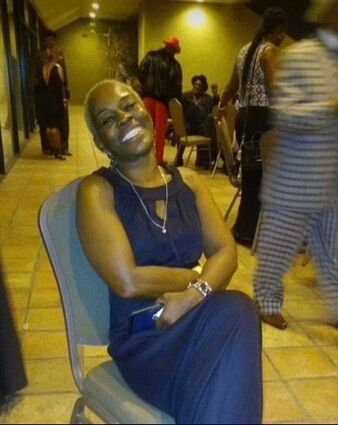 Fatima Johnson, 53, grandmother, was murdered by serial killer Darryl Collins. Gascon only recently, under huge political pressure, decided to allow speciall allegations to be added to the sentence.

Violent criminals hurt individuals and endanger the public. California law allows sentencing enhancements/allegations to be filed when the criminal also inflicts great bodily injury (Penal Code 12022.7), uses a deadly weapon (Penal Code 12022(b)(1)), uses a gun (Penal Code 12022.53), commits the crime for the benefit of a gang (Penal Code 186.22), or when they have prior felony convictions for crimes of violence (Penal Code 667(a)(1) and 1170.12).

Allegations show the gravamen of the offense. Filing an allegation affects the bail that is set and can also affect the sentence a defendant receives upon conviction. Although the law allows allegations and enhancements to be charged, Los Angeles County District Attorney George Gascón's misguided policies do not. He believes the "statutory ranges" are sufficient to protect public safety. Many crimes have statutory ranges, which are often called a sentencing triad. Murder, however, does not have "statutory ranges." Experienced prosecutors know this. Gascón, having never actually prosecuted a case, apparently did not.

Gascón's ill-advised policies have been wreaking havoc on public safety. He has abandoned murder victims' families. His blind devotion to "reform" the criminal justice system has been an abject failure because nothing is actually better since he took office. The families of 9-year-old Trinity and 53-year-old Fatima Johnson know firsthand the devastation that Gascón's policies have created.

On March 1, 2019, Trinity was brutally beaten, tortured, and dumped dead on the side of the road as if she were trash. Trinity's mother, Taquesta Graham, and her mother's boyfriend, Emiel Lamar Hunt, are charged with her murder. Hunt has a prior record. In 2005, Hunt physically abused his 3-year-old son who almost died and had to be put on life support. Hunt was convicted and sentenced to 12 years for this crime.

After Judge Chalfant issued his ruling, Gascón doubled down and ordered that prosecutors could not ask judges to reinstate allegations that had been dismissed even if the only reason they were dismissed was because of his unlawful policy. Because of that, the trial prosecutor in Trinity's case is precluded from asking the judge to reinstate Hunt's prior conviction for abusing his son. If his prior conviction were alleged, his sentence could be longer than Graham's. As it stands now, both defendants face the same punishment for murdering Trinity, even though the mom's boyfriend has this prior felony conviction. Trinity deserves to have Hunt's conviction alleged because the law requires it. Justice demands it, but Gascón's absurd policies don't allow it.

On July 2, 2021, the body of mother and grandmother Fatima Johnson was found bound and gagged in her South Los Angeles home. Her boyfriend, Darryl Collins, is charged with her murder. Collins is the poster child for recidivism. In 1992, he was convicted of attempted robbery, sentenced to prison and given another chance. In 1998, he committed a string of armed robberies during which he killed two people on two separate dates. He was given a plea deal of 50 years to life for two counts of murder. After serving 25 years in custody, he was eligible for Youth Offender Parole (Penal Code 3051). The Parole Board made a disastrous decision and granted him parole, giving him a third chance. Less than one year after being released, Collins brutally bound, gagged and murdered Fatima Johnson. Collins is now 51 years old. In 20 years, he will qualify for Elder Parole (Penal Code 3055) regardless of whether his sentence is 25 to life or 85 to life. Collins is a serial killer. His conduct has earned him a sentence of life without the possibility of parole. The public deserve to be protected from Collins. The law allows for special circumstances to be filed when the defendant has committed multiple murders, and the facts of this case demand it.

Not to overstate it, but duh.

That's why they are called special circumstances. Perhaps Gascón's complete lack of experience in prosecuting cases gave him the impression that special circumstance allegations were common. Unfortunately, murder victims whose voices have been permanently silenced and their families whose cases have been undermined in the last 14 months have no recourse for Gascón's ignorance and ill-informed policies. Going forward, murder victim's families have to hope that Gascón thinks their case is "extraordinary" or that their loved one was "uniquely vulnerable." Alternatively, Gascón could just follow the law he swore an oath to uphold and allow prosecutors with experience and expertise to file Special Circumstances when the facts and circumstances warrant.

The California Constitution (Article I, Section 28(f)(3)) requires that the protection of the public, the safety of the victim, the seriousness of the offense, the prior record of the defendant and the probability of his or her appearing in court be considered in setting bail. The safety of the victim and the victim's family must be considered in setting bail (Article I, Section 28(b)(3)). The courts have a bail schedule which sets presumptive bail for each crime and allegation. 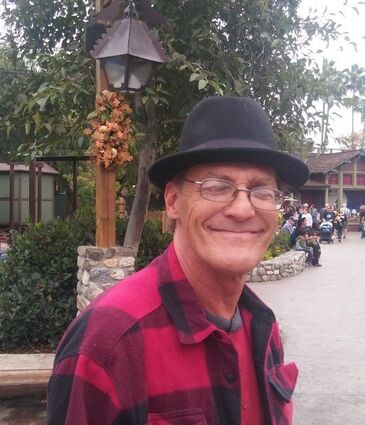 Gascon won't charge as an adult the 16-year-old who lured John Ruh, ex-marine, to be shot dead and who later threatened to shoot a witness. She will be out of custody in a few years.

Enter the insidious interplay of Gascón's policy regarding allegations and his policy regarding pretrial release. Despite the Constitution, Gascón's policy is that deputy district attorneys shall not request cash bail for any misdemeanor, non-serious felony, or nonviolent felony offense. Some crimes only become serious or violent when an allegation or enhancement, such as use of a weapon or inflicting great bodily injury is charged. Gascón's policies, however, precludes filing those allegations. Without the filed allegations, prosecutors cannot ask judges to set bail resulting in dangerous criminals being released.

Los Angeles County residents are endangered because our elected district attorney has enacted policies that violate the laws of California. We need a prosecutor who enforces the laws, protects the public and honors victims' rights.

Kathy Cady is one of several former prosecutors who are providing pro bono assistance to crime victims in response to Gascón's policies.

I never understood, since Gascon is clearly breaking the law and violating the California Constitution as detailed in this article, why he can't be arrested. Forget about a recall election that will probably be rigged anyway; arrest him NOW. He is complicit in the new crimes the criminals commit that he turns right back out onto the streets. Arrest him. Until that happens, nothing will change in cities like Philadelphia and San Francisco that also have so-called progressive district attorneys funded by anarchist, George Soros.