Why are some Russian Army vehicles in Ukraine, Flying Soviet Flags?

Russian Army soldiers will be disappointed to find little nostalgia for a mythical Golden Age, among Ukrainians. 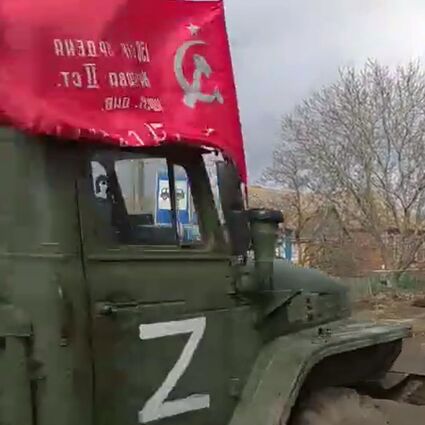 Suddenly and unexpectedly, the Soviet Union collapsed in 1991. But some of the Russian Army vehicles are tooling around Ukraine 30 years later, flying Soviet flags. What's that about?

There is longing in Russia for the great days of the Soviet Union. Everyone knew what was expected of him, older people think. There was a sense of purpose. Soviet achievements in science and technology, the arts, sports, the space program; inspire Russians to this day.

The horrible aspects of the Soviet union--Stalin, censorship, economic malaise and deprivation, have been forgotten. All of these seem to be returning to some extent, due to Western boycotts

I wouldn't read too much into this. For one thing, longing for the good old days is a universal Human characteristic. Older folks remember being young, and long for their youths no matter how horrible they actually were. This is called "false nostalgia."

Do I think we should be concerned? Not really. It's just a way of feeling good about the history of one's own country. Russia dominated the Soviet Union, which unlike Post soviet Russia, was a super power. Now Russia's economy is no bigger than Italy's. The per capita GDP is about 1/4th that of the US.

Commanders may also have felt that there would be nostalgia for the Soviet Union in Ukraine as well, which after all is also among Europe's poorest countries. Russian Army soldiers will be disappointed in this regard. But after all, the entire invasion is based on romantic notions of a mythical golden age long ago.

In the mid-1980s, the last Soviet leader, Mikhail Gorbachev, sought to further reform and liberalize the economy through his policies of glasnost and perestroika. The goal was to preserve the Communist Party while reversing economic stagnation. The Cold War ended during his tenure and in 1989, Warsaw Pact countries in Central and Eastern Europe overthrew their respective Marxist-Leninist regimes. Strong nationalist and separatist movements broke out across the USSR. Gorbachev initiated a referendum—boycotted by Lithuania, Latvia, Estonia, Armenia, Georgia, and Moldova — which resulted in the majority of participating citizens voting in favor of preserving the Union as a renewed federation. In August 1991, a coup d'état was attempted by Communist Party hardliners.

It failed, with Russian President Boris Yeltsin playing a high-profile role in facing down the coup. The main result was the banning of the Communist Party. The republics, led by Russia and Ukraine, declared independence. On 25 December 1991, Gorbachev resigned. All the republics emerged from the dissolution of the Soviet Union as independent post-Soviet states. The Russian Federation (formerly the Russian SFSR) assumed the Soviet Union's rights and obligations and is recognized as its continued legal personality in world affairs. 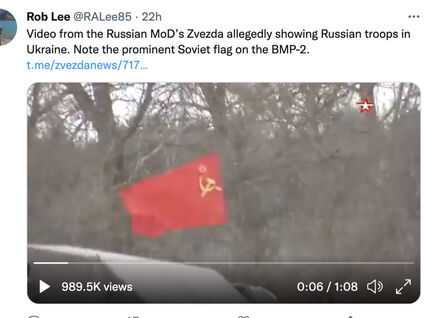 The Soviet Union produced many significant social and technological achievements and innovations regarding military power. It boasted the world's second-largest economy and the largest standing military in the world. The USSR was recognized as one of the five nuclear weapons states. It was a founding permanent member of the United Nations Security Council as well as a member of the OSCE, the WFTU and the leading member of the Council for Mutual Economic Assistance and the Warsaw Pact.