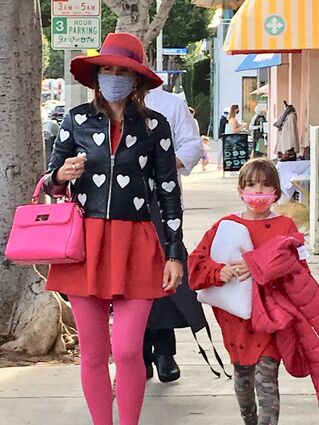 "Only public school kids in LA are still required to wear masks," grumbled one parent on social media. Many parents blame United Teachers of Los Angeles, the school union. 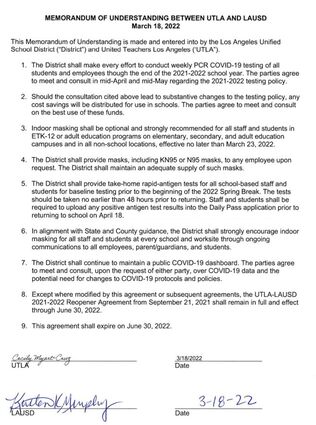 "Public school parents have so few options when it comes to getting their voices heard. We've all called and emailed but we don't have a seat at the table. Parents are shut out of union negotiations because "That's how it has always been done." The Chief Media Officer of UTLA told one parent on March 11th. She later posted the comment on line.

Many students and faculty at Huntington Park High School already stopped wearing masks, according to one parent. Children we saw at Palisades Charter High School were still wearing their masks however-even outdoors.

One irritated set of parents paid for a banner to be flown behind an airplane. ""Shame on UTLA! Kids Strike! No School 3/15!" We're told the banner was flown over San Pedro area on Friday 3/12 and will fly again tomorrow 3/14.