Ukraine Blows Up Ammunition Dump in Belgorod, Russia in First Act of Russia Ukraine War to Take Place Over the Border

Belgorod is 25 miles from the Ukraine border. The ammunition depot was on the edge of town, a mere 15 miles from Ukraine. 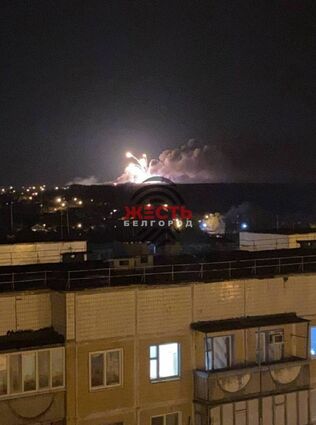 Explosion in Belgorod, Russia apparently caused by a Tochka-U missile.

In the first act of the Russo-Ukraine War to take place across the frontier and in Russia, a munition storage facility exploded in Belgorod, Russia. Ukraine claims to be the responsible party.

Belgorod is 25 miles from the Ukraine border. The ammunition depot was on the edge of town, a mere 15 miles from Ukraine. There is still no official confirmation of what caused the explosion at a Russian munitions depot near Belgorod last night. Unconfirmed reports suggest it was a Tochka-U missile launched by Ukraine’s 19th Missile Brigade. 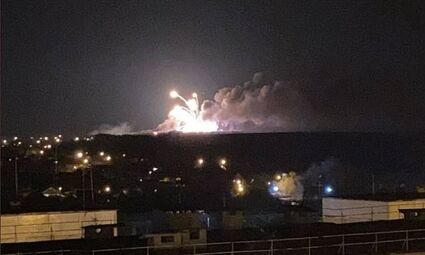 Explosion in Belgorod, Russia apparently caused by a Tochka-U missile.

"Some Sources in Belgorod reported hearing what sounded like a Missile before the Explosion, and some Ukrainian Source are Claiming that the Depot was hit by a Ukrainian Military Fired OTR-21 Tochka-U Ballistic Missile," tweeted OSINT Defender.

"Russia desperately needs to mobilize new soldiers for the war with Ukraine. A proven method is to accuse Ukraine of attacking Russian territory. Now RU media report air strike on Belgorod region in Russia from the territory of Ukraine. Guess who did it?" mused Maria Avdeeva.

Belgorod has a population of 356,000. It is the site of regional universities, and is the administrative center of Belgorod oblast.