Ukrainian sources believe this is a false flag operation; a self inflicted wound Russia will use to play the victim. 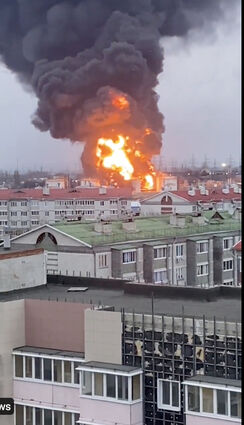 A fire broke out at an oil depot in Belgorod, Russia, near the Ukrainian border after a daring raid by two low flying Ukrainian helicopters. 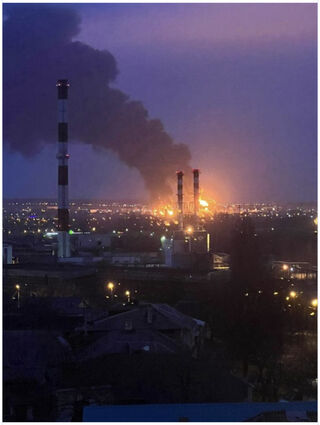 Gladkov said that two people were injured - employees of the oil depot. He said that the fire was caused by an air strike by two helicopters of Ukrainian troops, which entered Russia at low altitude.

"Fire at the fuel depot in Belgorod, #Russia. Three days ago the ammunition storage exploded there. Belgorod is located only 50 miles from Kharkiv, #Ukraine." tweeted Ostap Taresh.

Ukrainian analysts, some of them anyway, believe the raid was a false flag operation. They think the Russian army blew up the oil depot in order to blame Ukraine and rally support in Russia, by playing the victim.

Doubtlessly, the Russian government, which invaded Ukraine on February 24th, will use this incident to justify their unprovoked invasion.

Belgorod is a city and the administrative center of Belgorod Oblast, Russia, located on the Seversky Donets River 40 kilometers north of the border with Ukraine. Population: 356,403, says Wikipedia