Beachgoers on an unusually warm April day were backed up for 3 miles, waiting while the Santa Monica Fire Dept. put out the fire. 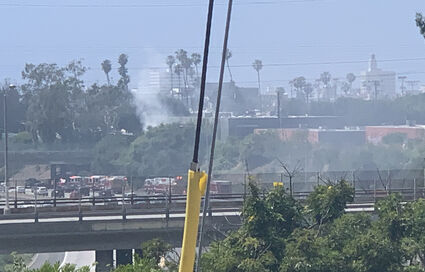 4.09.22: A brush fire along the side of the 10 Freeway near the 17th Street bridge, was visible for miles early Saturday afternoon at about 12 noon PST. Gray smoke from the fire was visible for miles. Traffic backed up behind the fire for about 3 miles, as several units of the Santa Monica Fire Department extinguished the blaze. 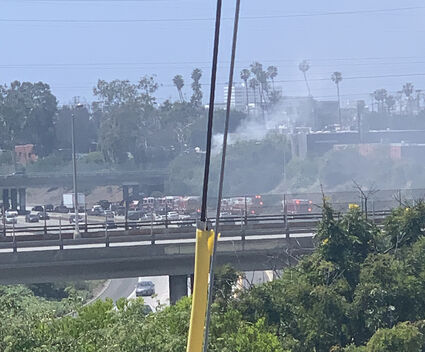 The fire was extinguished by 1:20 pm. News helicopters circled the site, which is only about a mile East of the McClure Tunnel. The fire never involved more than a few thousand square feet of brush alongside the freeway.

The fire occurred on a warm beach day, with temperatures near 80 degrees on the beach. Many beachgoers waited on the freeway as fire fighters worked on the fire.

This is breaking news; more complete information will be posted as it becomes available.

Gascon has taxpayer paid bodyguards and lives in orange county. Why should he bother with LA?