Under the federal Prison Rape Elimination Act, no due process is required for anyone accused of rape in any prison setting 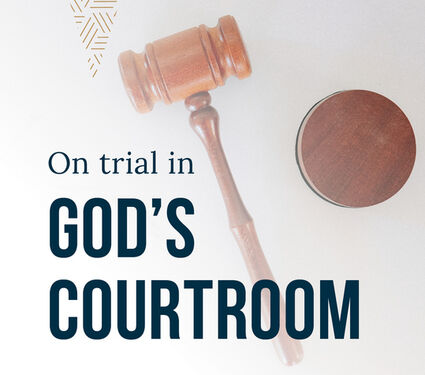 Should prisoners have to wait for God to mete out justice, or will the federal government fix their poor regulation?

It was a normal, quiet Sunday evening on the prison yard. The Oscars were live on TV. While Will Smith was capturing attention with the slapping of Chris Rock, another, far more serious and far more ugly scandal was breaking within CIW's walls.

We prisoners were locked into our cells at 830pm, as usual. Something nefarious was taking place after hours. The next morning we discovered that 7 women were missing. 6 female prisoners ( no transgenders ) had been falsely accused of prison rape by one woman. The 6 accused had been arrested over night and taken to AdSeg for "investigation." How could this have happened?

They call it P.R.E.A. The Prison Rape Elimination Act. A federal law implemented in 2013. The wide scope of this law dictates how all U.S. prisons must deal with all prison rape/sexual allegations. Almost immediately after its implementation, women recognized it was something to be weaponized and began doing so. This is not the first. It won't be the last. In fact, it's been my observation over the years that most PREA, prison rape allegations turn out to be false or " unsubstantiated." You see, PREA is abused so often simply because all any prisoner has to do is to say someone did something, no matter how ridiculous, staff will be forced to arrest that individual. It's been turned into a game. A very serous, vindictive game with NO consequences for the false accusers.

You may be reading this and thinking " how can such a thing keep happening ?" I don't blame you. Let me explain. The California Code Of Regulations, Title 15. This is law that covers every aspect of CA Prisons. From death row to parole. All of it. Usually, when a prisoner commits a Serious Rule Violation, we would be written up and given a "115 - Serious Rule Violation Report." This report is then scheduled for a hearing to determine of the information in the report meets a minimal burden. A Correctional Lieutenant acts as the trier of fact, or judge who performs the HEARING. Prisoners receive a copy of the rule violation and time to prep for the hearing, present EVIDENCE, call WITNESSES and put up a DEFENSE. This is called DUE PROCESS. The current PREA policy has NO DUE PROCESS! PREA is federal law, so it affects CA prisoners, yet exists outside of the California Code Of Regulations. As a result if no due process, CA women's prisons have become the wild west with respect to PREA. Anything goes. The 6 accused women were marandized and read their rights, yet no due process requirements?

How do I know the allegation were false? This entire thing happened in my housing unit! I am familiar with each woman. Some of them for years living in this same building. One of them I know particularly well. She is the reason K am telling you the story. I know her character. I also know the false accuser! I happen to be in a unique position to comment on this. It's common knowledge among staff that this claim was BS. Most PREA cases involve girlfriends or ex-girlfriends and things like that. In this case, we have an unstable woman who picked 6 women. 5 Black and 1 Latina. The accuser is a Latina Butch style lesbian. Let me tell you how we know this didn't happen. The camera system!! A camera is located only feet from the supply closet where this "incident" supposedly took place. So, why didn't authorities simply review the footage? If someone had stolen an officer's lunch bag, they would run the tape immediately! It takes little effort!

I am not trying to blame the prison for one woman's false report. I am trying to point out that a solution is desperately needed after 9 years of PREA law abuse by prisoners!! The women were cleared the next day. But the camera could have cleared them that night!

Now, back to the due process issue. 5 of the 6 are serving life. When prisoner is found NOT GUILTY of a 115 Seriously Rule Violation, the report is not included in their central file. The permanent file seen by the parole board. However, this PREA allegation has no process for clearing or removing such a damning, false report!

Naturally, most people assume that even if an allegation is false, something must have happened to cause this, right? Wrong. Fear rocked my building and the entire prison yard when the news broke. Nobody felt safe.

As long as there is no due processes for PREA, nobody is safe!

As long as they know there is no punishment for false reports, nobody is safe! This is not simply "unsubstantiated." It was a boldly false accusation. This is the biggest PREA scandal I have seen thus far. No consequences!

Why should you, the public care if prisoners falsely accuse each other of rape? 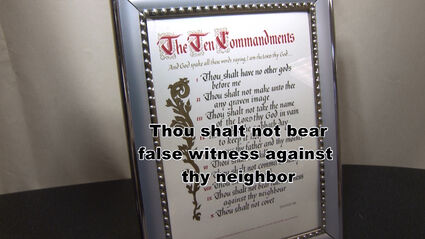 As far back as the Bible, false accusations were considered of prime significance

Well, there are several reasons. I am working with the assumption that most of you care about right and wrong. Most of us prisoners will be free soon. This is where rehabilitation takes place. The last thing we need is for women to come out more broken than when we came in here. This badly hurt the 6 women arrested. False rape allegations carry a stigma. No woman wants to be looked at that way. Nobody wants to feel helpless when faced with an absurd accusation. Prison has enough bad that really happens. We don't need false rape reports to create another land mine anyone can step on in the prison yard.

To be clear, there is no question that this was a malicious and false report. Both prison staff as well as the inmate population know this. We may never know why this unstable weirdo did all this. I do know that we need someone, CDCR, law makers, someone to change the way this law is carried out. That's the only way to stop PREA from being the weapon of choice.

"A Divine Revelation Of Heaven"