"Why don't you want to be with me? Why are you constantly leaving for some movie party, when you say you love me?" 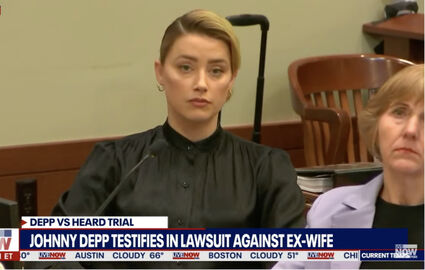 The Pirates of the Caribbean actor denies it. "But she's certainly not screaming out in pain as if a cigarette is being put out on her. That's ludicrous," he adds.

It was right after the Venice film festival. We were at the Toronto Film Festival.... I didn't want to argue, I didn't want anything but to end the marriage in the kindest way possible for everyone involved."

"Profound apologies because it just didn't work," Depp said, explaining a note. "It just wouldn't work. And I had to put a peaceful stop to these constant arguments. If I didn't try to put a peaceful end to it, if you don't stop it yourself, it'll stop you. And you don't know what that could be. It was horrific, and I wanted her out of it. And I wanted out of it. No one deserves to live like that. Not her, not me, not anyone.

I just wanted a smooth exit for both of us. That's all I was looking for."

Do you vomit in your sleep a lot? "She didn't tell me, I heard it for the first time in Court. When someone tells you you vomit in your sleep every night; well first of all, I think you'd be aware of it. I think I'd seek medical attention. Yes, there were times when I'd get physically ill from the endless shots that you take. It does affect you physically after a while. So I would have to leave and go and vomit when fights got into these surreal and absurd and horrible places.

"What did I do when you asked me to stay in Australia. Did I stay or did I leave?"

You stayed and youre a cunt" Depp replies 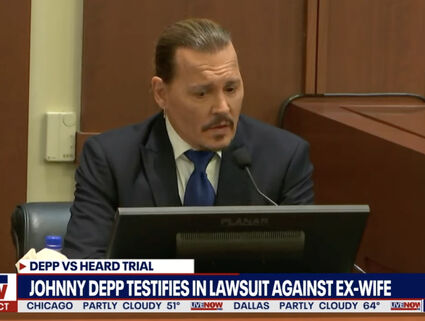 "Because you have Borderline Personality Disorder," Depp replies.

"I won't be a frenzy dog, I'm not going to be that shit man. I don't want to be with you if these are the fucking rules. Fuck that."

According to the Associated Press, Ms Heard's attorneys tried to get the trial moved to California but Mr Depp's lawyers said one of the reasons they decided to sue in Virginia was because of the state's anti-SLAPP legislation, which is not as wide-ranging as in California.