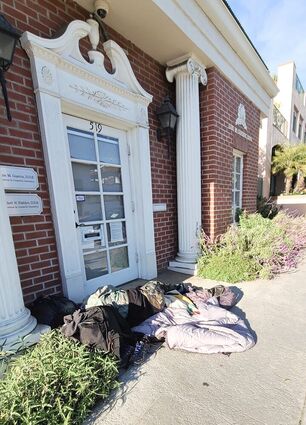 Is this individual going to be your next neighbor?

May 9, 2022 - Renters in Santa Monica may believe themselves exempt from the ramifications of a proposed ballot measure to increase the tax rate on the sale of certain buildings by 833%. After all, rent increases are strictly controlled and landlords are severely hampered in their ability to take rented units off the market. It might seem as though renters would be largely immune from the proposed increase to 5.6% from 0.6% on on sales of property over $8 million. That would be the landlord's problem, not theirs.

However, they would be mistaken in this belief.

Primarily, all residents of Santa Monica will be affected by the drastic rise in the property transfer tax as proposed by Sue Himmelrich in a ballot measure sponsored by her and her husband, Michael Soloff. As outlined by Marc Verville in the Santa Monica Mirror, the proponents of the tax are incorrect in believing it will bring in $50 million per year. Instead, the tax will probably decrease tax revenues in Santa Monica. The transformation of revenue-generating commercial property to expense-generating residential uses will decrease revenues, and also, savvy property owners will find ways to avoid the tax, such as transferring shares of a corporation owning the property.

Obviously, the decrease in tax revenues will affect both essential and non-essential city services: police, fire, schools, parks, libraries. In short, everything that makes it worthwhile to spend over a third of one's income on rent here.

But that isn't the extent of the proposed ballot measure's consequences to renters.

An exemption to the tax is made for sales to affordable housing uses. To many landlords who are looking at losing over $400,000 should they sell their $8 million-plus apartment building, it might look advisable to sell the property as affordable housing. They would then only pay $56,800 in transfer taxes rather than $400,000 for an $8 million building. This would undoubtedly make up for any hit the building owner might take in the property's overall value. This conversion of market-rate to affordable housing is clearly a major intent of Himmelrich's proposed initiative.

The original renters of the building would then be living in an affordable housing structure. 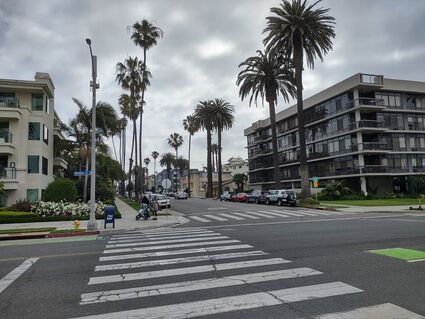 Today, Santa Monica's multi-unit buildings are clean and attractive; but with no way to increase the building's value, will that continue?

And they would be people who earn nothing.

It is rare for a radical change in tax laws to affect only one strata of society. Usually, what is bad for one layer is bad for all layers of the social order. Consequences tend to cascade. If incentives are held out that make an affordable housing transformation advisable to market-rate landlords, then Santa Monica will turn into one big homeless shelter. Moreover, it will be one big homeless shelter with no source of funding to support it since revenue-generating uses and high-income residents have been forced out.

In other words, a slum.

And those original renters? They will be paying two or three grand a month to live there.