Squirrels Thrive in Santa Monica's Palisades Park. They're Cute, But do they cause the Cliffs to Erode?

In the spring, a young squirrels thoughts turn to love, as well as gathering seeds and burrowing underground 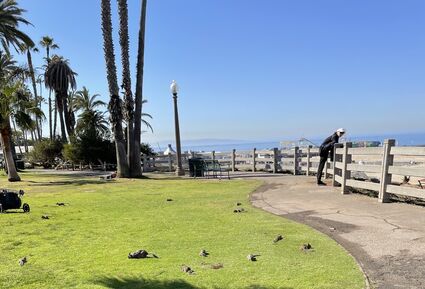 Field full of California Ground Squirrels in May 2022

If you've walked in Palisades Park this Spring, you've no doubt noticed the abundant squirrel population.

California ground squirrels (Spermophilus beecheyi) are a formidable garden pest that can be hard to control. They eat virtually any growing plant, and their burrowing can also be very destructive to trees and hazardous to livestock.

Squirrels enlarge their burrow systems each year by constructing new tunnels and creating more entrances, so the longer the ground squirrels occupy the burrow, the more extensive it becomes. They create more entrances to serve a growing population. 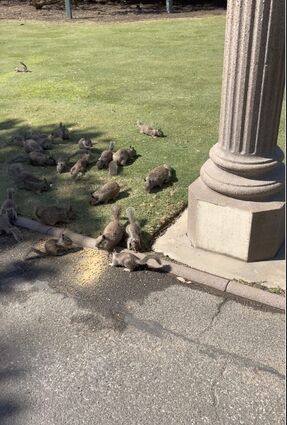 This growing squirrel population is said to be a hazard to Santa Monica in a different way. The cliffs above Pacific Coast Highway do erode over time. There have been landslides down to PCH. Over time, Palisades Park has eroded, and the park we see today is smaller than it was when it opened in 1954.

Ground squirrels are native to California, but they have no protections. The state classifies them as non-game animals, which unfortunately means people may trap or kill them. But we hope you don't-they're so cute!

In the introduced range grey squirrels can damage trees by stripping the bark. In Europe they cause the local extinction of red squirrel (Sciurus vulgaris) populations through competition and disease. This species has been nominated as among 100 of the "World's Worst" invaders, for this reason.