How Much Would the City Fine Itself for Code Violations? 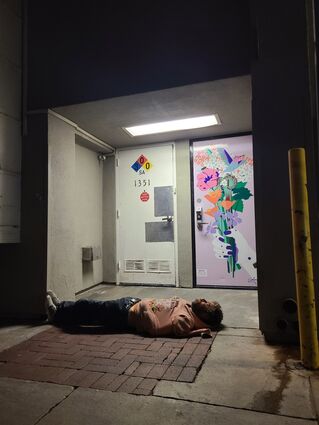 May 26, 2022 - Property owners surrounding the former downtown Santa Monica parking structure 3 noticed that the lights attached to the building were permanently shut off on Tuesday evening, May 10, by Southern California Edison. These lights illuminate the alley behind the parking structure for about 225 linear feet. . In addition, 8 city light poles from Arizona to Santa Monica Boulevard are out. On top of the lack of light at night, the construction site is left unlocked at night.

In letter to City Manager David White and the City Council, the property owners, titling themselves "Property and Business Owners on the 1300 Block of the Promenade," warned both of these created a dangerous situation and encouraged squatting by vagrants, who cause fires. "Last Wednesday evening there were four homeless individuals camped out along the perimeter of the Garage 3 board-up...with open flame to remain warm and smoke, and a second blaze started further south in the alley behind the Patagonia clothing store." A third blaze started between Westside Comedy Club and the Gallery Food Hall early Sunday morning, the property owners said. Meanwhile, the unlocked chain-link fence allows a "hiding place for the drug addicts who routinely use, buy and sell drugs and have sex in the alleyway."

Manager White claimed in an email on Wednesday that he had not received the letter and apologized for not having replied. He did not address the issue of the lack of power or lighting to the area, however. 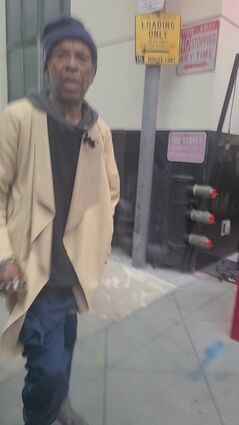 A follow-up email to Manager White from property owners noted that since the power shut-off in the 1300 block alley, there has been one overdose, 3 fires, additional homeless sleeping in store doorways, numerous people using the walls of the neighboring buildings for urinals and toilets and "2 incidents of openly gay sex in front of shoppers walking by." A pay machine in a neighboring garage had been broken into.

On Thursday, Manager White finally replied to the concern of the property owners, asking them to clarify exactly which lights were no longer functioning. He also noted there had been additional police deployed to the downtown area.

White's contention about the additional patrols drew immediate ire from the property owners, who noted there are absolutely no police in the area of the Third Street Promenade from 11:30 pm to 7 am. There are 3 smashed storefronts per month and 6 walk-and-grab thefts per week.

"We are in crisis mode," they said.