Detail from the Mural in the historic Venice post office.

U.S. Postal Service employee Dewayne Morris Sr. and his son and namesake were charged in federal court with multiple felony counts of bank fraud and conspiracy in connection with the theft of $5 million in Postal money order forms, the Department of Justice announced this week.

Morris Sr., 62, along with his son, Dewayne Morris Jr., 39, and four others were charged with conspiring to convert the stolen money order forms into cash, the DOJ said.

According to the indictment, Morris Sr., then a supervisor for post offices in Venice, Playa del Rey, and Marina del Rey, ordered and received 10,000 blank Postal money order forms.  A subsequent audit revealed that approximately 5,100 of those 10,000 money order forms were missing. With a maximum value of $1,000 per money order, the potential value of the missing money order forms is $5.1 million, the DOJ said.

Contrary to Morris Sr.'s claim to investigators that he properly returned some of the 10,000 money order forms, the indictment alleges that his son, Morris Jr., distributed the missing money orders to co-conspirators. Both the father and his son are residents of Inglewood.

The indictment further alleges that the money orders Morris Jr. distributed to co-conspirators were materially altered to appear as if they had been paid for and lawfully issued by a post office, when in fact they had not.  Morris Jr. also provided co-conspirators with counterfeit driver's licenses bearing fictitious identities.  The co-conspirators used those counterfeit documents to open checking and savings accounts at financial institutions throughout the country, deposited the stolen money orders into the accounts, and withdrew the cash proceeds before the financial institutions detected the fraud.

In addition to the conspiracy charge, Morris Sr. and Morris Jr. are charged with three counts of bank fraud, each of which carries a statutory maximum of 30 years' imprisonment.  Additionally, Morris Jr. is charged with a fourth bank fraud count and an aggravated identity theft count based on a separate scheme involving the personal identifiable information of others.

"The indictment alleges that this father-and-son duo took advantage of the elder's insider position to steal millions of dollars," said U.S. Attorney Randy Grossman. "We and our law enforcement partners are committed to seeking justice in this case and others like it."  Grossman thanked the prosecution team, U.S. Postal Inspection Service, and U.S. Postal Service Office of the Inspector General for their hard work on this case. 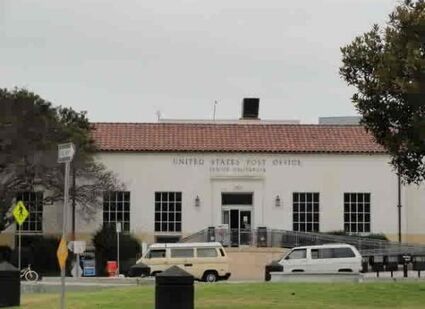 "The U.S. Postal Inspection Service remains steadfast in our commitment and dedication to investigate financial fraud and prevent the theft of Postal Service products from criminal attack," said Carroll Harris, Inspector in Charge of the Los Angeles Division.  "We appreciate the collaborative efforts of our law enforcement partners, the U.S. Postal Service Office of the Inspector General, in bringing these defendants to justice."