Coyotes have teeth and power, but they don't have sharp claws like a cat. 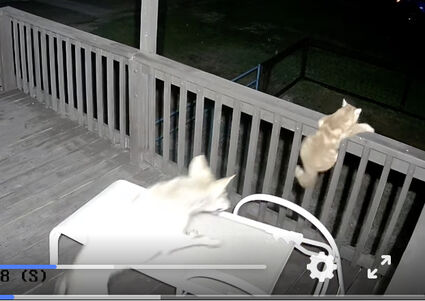 A brave cat narrowly escaped certain death, after he came face-to-face with a coyote on a porch in Surfside, Texas. It was all caught on video, which may be seen on Facebook at https://www.facebook.com/tony.gray.524/posts/5751409128221553 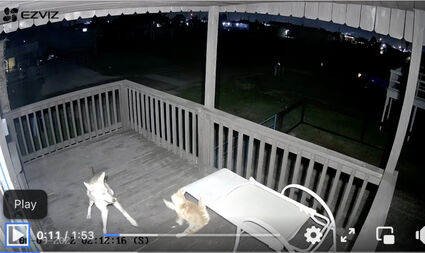 After swatting the coyote in the face a couple of times, the feline hides under a white lawn chair. The coyote tries to move it to get at the cat. The cat climbs the railing of the porch, and swats again at the Coyote when he comes to close and tries to bite kitty. The cat then climbs to the top of the railing.

"Didn’t coyote get to the cat after all, when the cat dropped down from the pole. I saw coyote regrouping down to wait for down at the bottom. And last 2 sec of the recording seem to record a sound of it?" Tom D. Tweeted.

Not brave, terrified out of its mind and left to fend for itself by careless owners," tweeted @Xx_Ghost_01xX

"Exactly. Cat was doing what it had to in order to survive," tweeted @Movens Lux

"It begs the question of did the video taker have any relationship to the cat owner? And why was the frikken cat allowed outside anyway?" tweeted @macrovist.