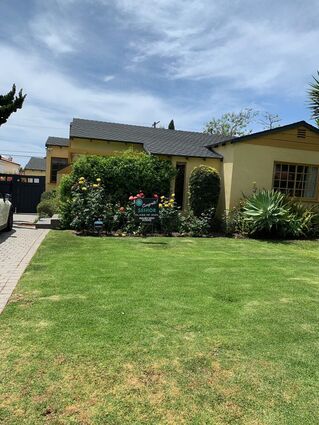 A house in Sunset Park with a generous lawn.

Santa Monica residents will be limited to two-day per week outdoor watering schedules starting next month as part of the city's effort to conserve water amid a historic drought in California.

Under the new ordinance, all outdoor watering will have to be done in the evening or early morning, with no watering permitted between 9 a.m. and 5 p.m.

Santa Monica residents currently use less than 80 gallons of water per person per day, according to city officials. The new restrictions will reduce the City's total water demand between 5 to 13 percent, or roughly 97 to 244 million gallons of water, over a six-month period.

"While Santa Monica has done an amazing job conserving water and decreasing our reliance on imported water, we need to do more locally to help secure our shared resource across the state and region," said Santa Monica Public Works Director Rick Valte. "By approving this new outdoor watering restriction, we not only align with neighboring water agencies, but we continue to lead the region on water conservation efforts."

With its new ordinance, Santa Monica joins other cities in the county and across the state that are restricting outdoor watering.

Early this month, Los Angeles began limiting outdoor watering to two days per week, down from the current three, with watering permitted at odd-numbered street addresses on Mondays and Fridays, and at even-numbered addresses on Thursdays and Sundays.

The city also urged residents with pools to use pool covers to reduce the risk of evaporation, and called on people to wash their vehicles only at commercial car wash facilities.

Last month, the State Water Resources Control Board voted to ban watering of non-functional turf at commercial, industrial and institutional properties, following Governor Gavin Newson's plea for Californians to use less water or face mandatory restrictions on water use.