Claim has not yet been commented upon by the Ukrainian side, but has been widely reported on by Moscow affiliated military bloggers. 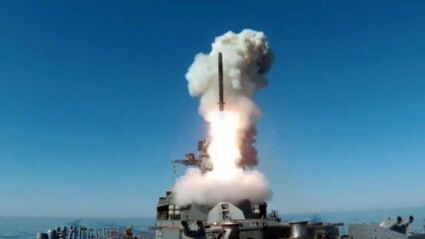 6.20.22: The Russian Defense Ministry claims to have dispatched 50 "Ukrainian Generals and officers" with a Kalibr missile fired from a ship in the Black Sea. The claim has not been confirmed by the Ukrainian side.

It seems unlikely that so many Ukrainian officers would gather in one place, in a town 60 kilometers from enemy lines.

Russia's defense ministry said on Sunday it launched missile strikes during the past 24 hours, with one attack by Kalibr missiles on a top-level Ukrainian military meeting near the city of Dnipro killing "more than 50 generals and officers." The Russian Defense Ministry said Kalibr missiles were also used to destroy Western-supplied M777 howitzers and armored vehicles

The Russian military further says it received intelligence on the meeting, from a defecting member of the Ukraine armed forces. While this is possible, it also strikes me as unlikely. But I have often repeated claims here of Russian losses, so it seemed fair to report this story as well.

Th strike was first reported at 8 am PST Sunday June 19th, by various Russian military bloggers. The story was picked up 14 hours later by the Moscow Times, a reliable English language online website, run by Russian refuseniks and dissenters from the official line. https://www.themoscowtimes.com/2022/06/17/ukraine-as-its-happening-a76553

"Russian ground and tactical air operations have remained focussed on the central Donbas sector over the weekend," tweeted the UK Ministry of Defence 🇬🇧 @DefenceHQ 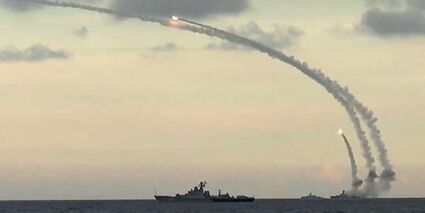 "In the conflict to date, Russia’s air force has underperformed. Its failure to consistently deliver air power is likely one of the most important factors behind Russia’s very limited campaign success. It cannot gain full air superiority and has operated in a risk-adverse style, rarely penetrating deep behind Ukrainian lines. Some of the underlying causes of its difficulties echo those of Russian Ground Forces."

"For years, much of Russia’s air combat training has highly likely been heavily scripted and designed to impress senior officials, rather than to develop dynamic initiative amongst air crews."

"While Russia has an impressive roster of relatively modern and capable combat jets, the air force has also almost certainly failed to develop the institutional culture and skill-sets required for its personnel to meet Russia’s aspiration of delivering a more Western-style modern air campaign. This has led to a greater than planned weight of effort falling to ground troops, who are becoming exhausted; and on advanced cruise missiles, stocks of which are likely running low."