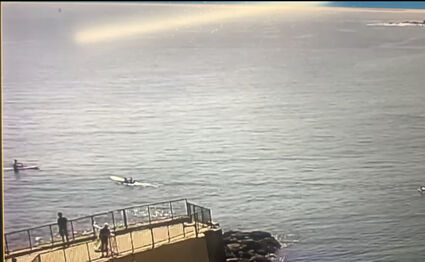 A California swimmer was injured by a shark while swimming in the Pacific Ocean off of San Georgino State Beach on Wednesday morning at about 11 am. A friend, Jill Hannley, identified the swimmer as Stephen Bruemmer, a retired Monterey Penninsula College professor in his 60s.

"A man surfing off Lovers Point Beach in Pacific Grove was injured in a shark attack," Pacific Grove Police Chief Cathy Madalone confirmed in a statement. "Shortly after the attack, the surfer was rushed to Natividad Hospital in Salinas to be treated," the statement said. 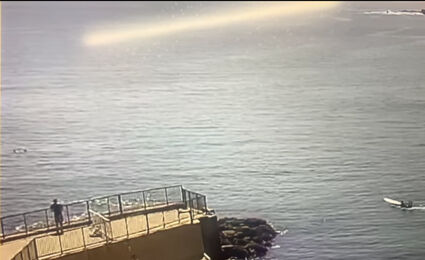 In compliance with protocol, California State Parks closed down the beaches at Lovers Point and Sea Palm turnout through Saturday, as the Monterey County and Seaside fire departments conduct a search for the shark with aerial drones. They did not find the shark.

Police said the shark has not yet been sighted, and thanked the good Samaritans that rushed to aid the surfer following the attack. Video posted to social media by bystander Kevin Phillips appeared to show the victim being taken to shore by paddle boarders or surfers. https://www.facebook.com/kevin.phillips.127/videos/761869144941722