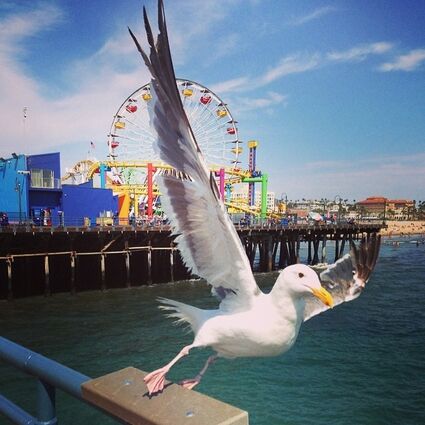 A seagull takes off from the Santa Monica Pier

6.23.22: The City of Santa Monica released statement after Heal The Bay named Santa Monica Pier #3 polluted beach in California. They blamed bird poop for the problem. The Statement reads:

"The City of Santa Monica is pleased to see several of our beach areas have received top grades in Heal the Bay's 2021-2022 Beach Report Card. The City acknowledges the real challenges of limiting bird excrement at the Santa Monica Pier-the primary source of pollution in the waters surrounding the Pier-and the City is working to replace the existing bird deterrent netting at the Pier. We hope to have this new netting installed in summer 2023. "

In its annual “report card,” Heal the Bay graded more than 700 beaches. The organization says that 94% of California’s beaches logged clean water-quality marks between April and October 2021, and that 51 beaches had perfect year-round score.

The LA Times calls this "a good sign for a shoreline once riddled with so much trash and bacteria that people often got sick when they swam. But the report still found troubling pockets of pollution — some surprising and others stubborn — especially in the winter months."

The LA Times says that Beaches tend to be less polluted in drier years (imagine all the litter, pesticides and microplastics that flush into the ocean whenever it rains), "but this trend has become less clear-cut. Scientists are starting to study how record wildfires and changing storm patterns could also affect water quality by the shore."

Here is the list of the most polluted California beaches. 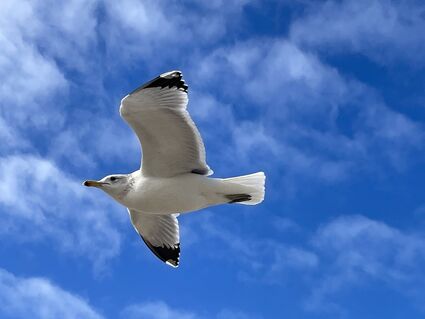 A seagull in flight