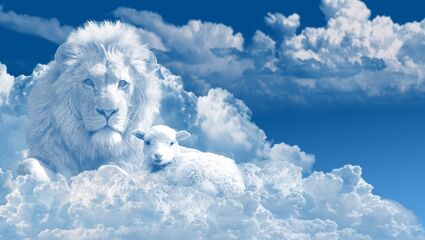 My sheep listen to my voice; I know them, and they follow me. I give them eternal life, and they shall never perish; no one will snatch them out of my hand. (John 10:27-28)

Earth is the bridge between the worlds. Chthonic energy resides everywhere on planet earth. Heavenly energy can be accessed too. However, it's easier to succumb, entertain and be amused with the chthonic. It requires no sacrifice. The heavenly however, needs an open heart. Humility as well. Both of these require discipline and a devotion to truth.

The chthonic doesn't care what one is devoted to; it's humanity's carnal nature. Carnality without the spirit is a spiritually dangerous place to be. Energies reside on earth which have no place for integration within the human psyche. Some of these energies are so deep and so demonic they are best kept outside of the human energy field.

Different faiths on the planet all have their way of understanding not just the human experience but the spirit world too. Given that a huge majority of US citizens either identify as Christian or have ancestors who did, it's worthwhile to contend the spirit realm through a Christian lens.

Churches and cathedrals stand as a place for communion with the divine. Art, songs, preaching and community all engage with energies of God, Holy Spirit and Jesus at these sanctuaries. It's a space to purify the human vessel, confess sins, and pray for amplification of the Holy Spirit within one's heart, mind and soul.

Since the time of Jesus and even thousands of years before, human consciousness has evolved mightily in understanding psychology, science, creation and the central nervous system. Trauma, an endurance which brings up too much overwhelm for the nervous system to regulate itself from, can create gaping holes in one's energy field. Where trauma lives in the body, the devil has a stronghold. Donald Kalsched, a renowned trauma psychologist, argues every trauma victim makes a pact with the devil (2003). It is in these spaces where one must contend with the chthonic.

Years after an experience of abuse, one may find themselves gravitating towards individuals who will play out similar scenarios. In this case, it is not the individual's sovereignty guiding their proclivities, but their trauma. When trauma is driving one's vehicle, the devil is sitting there in the backseat (or in some cases, the front driver's seat). A collective trauma driving more than one may care to admit, is the trauma of religion. A pervasive conundrum, millions if not billions of people grew up in environments where fundamentalist religion ruled without the presence of Holy Spirit, or spirituality for that matter. Dogma was inculcated and legalistic oppression reigned. These homes and upbringings were plagued with what some may call a religious spirit. It is not religion that saves; it is Holy Spirit.

The traumas and religious abuse of being shamed and blamed according to a religion's ideals have turned many away from the truth of who God is. The chthonic are opportunists. These wounds people carry create fertile soil for spirits of deception and confusion. Such spirits are mightily pervasive in the new age. Deceit can be intelligent, and it certainly knows how to masquerade as light and fancy power. Temptations to adopt less strict ideologies typically don't come without a cost. It is dangerous territory.

According to Robert Moore in his seminar titled The Psychology of Satan, modern culture is the most vulnerable and susceptible to evil. This is because modern culture doesn't have language or ritual for contending with warfare in ways which were prevalent in ancient cultures (Moore, 1989). It's a little too easy to serve the dark side without realizing that is in fact the side one is serving.

While in human form, there is no escape from the chthonic. The very ground humanity walks on is made of it. So is the flesh. The question then becomes how to properly contend with these forces and protect oneself from getting overpowered and plundered by the pressures of these dimensions. During such a time where veils of lies are pouring in onslaughts across ubiquitous media outlets, it may be wise to seek guidance and the presence of Holy Spirit.

The Holy Spirit transcends the physical plains as well as time. It activates in one's heart when Jesus is received as one's savior. This spirit is unlike any other. It will activate spiritual gifts, senses, and sights unimaginable (1 Corinthians 12:28-30). It will heal, deliver, and bring one back into wholeness. If any of this is bringing up discomfort, excellent... What a beautiful time to pick up the gospel and read Jesus's words. Go straight to the source. 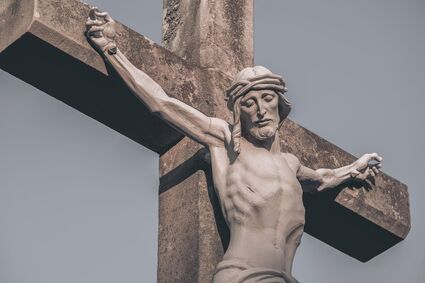 Before closing, I want to highlight the significance, power and need for art. Art creates space for the darkness to be witnessed. What one denies only becomes stronger. Therefore, having spaces (whether it be a journal, a canvas, a stage, an instrument, etc.) to express and contend with the chthonic are paramount. Art is a medium which can bring about catharsis, individual and collective healing, and liberation. The seven deadly sins are strangers to no one. Trauma and the devil are also strangers to no one. In art, these traumas get to be transmuted into fertile substances for creativity. In art, these energies move from being destructive (to the individual or even community) into being constructive and creative. They move from hiding behind shame and blame and into the light of being witnessed. It is my opinion that much of the horrors which have blasted across the US recently were because someone was not feeling seen. And, in being run by the trauma of not feeling seen, they made damn sure they were seen- in deplorably heinous ways. What would happen if society and culture created more spaces for people to be seen for who they truly are, including their duality, in safe and sacred spaces?

Moore, R. (1989). The psychology of satan: encountering the dark side of the self. C.g. Jung institute of chicago. Retrieved from https://jungchicago.org/store/index.phproute=product/product&product_id=130