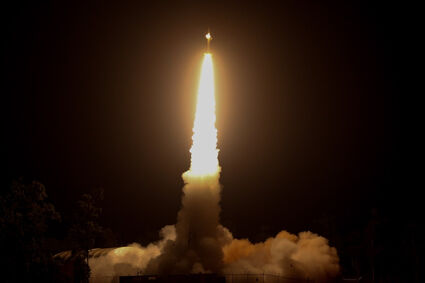 NASA is set to launch the second of three suborbital sounding rockets from Equatorial Launch Australia’s Arnhem Space Centre in the Northern Territory on July 5 after it was delayed on Monday due to weather conditions, with the final launch targeted for July 12.

NASA and private space companies located in Australia, have launched the first spacecraft from a new space launch facility in Australia's Northern Territories.

The Arnhem Space Centre is Australia's first and only commercial spaceport and is located near Nhulunbuy, a township on the Gove Peninsula in north-east Arnhem Land, which is a historical region in the Northern Territory of Australia. Especially its location only 12 degrees south of the equator makes the site suitable for a spaceport.

On 26 June 2022, the American space agency NASA used the site for its first launch from a commercial port outside the United States.[3][4] The rocket was a Black Brant IX carrying a X-ray Quantum Calorimeter (XQC)[5] instrument for UW–Madison for the purpose of X-ray astronomy. The mission was a suborbital flight with apogee of 203 mi (327 km). It was the first launch of a suborbital rocket from Arnhem Space Centre in north-east Arnhem Land. The mission was successful.