Glass slippers or not, come to the Morgan Wixson Theatre Mainstage in Santa Monica July 8-24, 2022 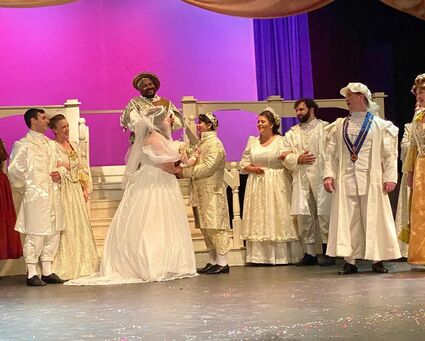 "I attended the Morgan-Wixson Theatre production of Cinderella on opening night. This is an ambitious, diverse, non-traditional casting of this great musical. Santa Monica's Morgan Wilson Theatre was founded in 1946 and this is the first main stage play since the beginning of the pandemic. Support your neighborhood theatre and its actors by seeing this musical before it closes July 31st!" -- Phil Brock

From the press release: The musical CINDERELLA at the Morgan-Wixson Theatre Mainstage in Santa Monica July 8-24, 2022. This updated version of the classic tale and beloved musical celebrates the magic and music of the original, accompanied by contemporary themes and character relationships relevant to today's audiences.

With a new book by Douglas Carter Beane and additional lyrics by Douglas Carter Beane, David Chase, and Bruce Pomahac that update the original book by Oscar Hammerstein II, music by Richard Rodgers and lyrics by Oscar Hammerstein II, this version of CINDERELLA was nominated for 9 Tony Awards (winning for costume design) and won 3 Drama Desk awards (with 5 nominations). New Orchestrations by Danny Troob and Music Adaptation & Arrangements by David Chase celebrate the classic and contemporary.

"We are so used to this being one person's unique tale, but this version celebrates characters who speak their own truth and stand up to power, which lends to the universality of the show," says Niko Montelibano , the show's director and award-winning choreographer.

"At the same time, there are beloved songs audiences will recognize, the all-important Ball to attend, a lot of magic and surprises, and the potential for people to leave with a new song in their hearts."

A magical theater adventure for the whole family, Cinderella heralds the Morgan Wixson's return to live fully staged musicals. "I look forward to people coming together in person again to experience a really fun show and leave singing the songs they know and love," says Morgan-Wixson Board President Michael Jackson Heimos. 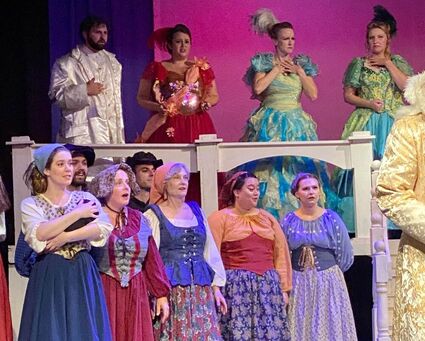 "Just like the invitation to the ball invites guests to a great celebration, I invite our community to come to reconnect with old friends and meet new ones when we come together not only for a shared love of musical theater, but also to celebrate live theater in our neighborhood's one-of-a-kind live theater space."

Montelibano as Director and Choreographer, Greg Koppenhaver serves as Musical Director; Regina Niles and Jeff Stevens are producers; Emily Ellis is the Stage Manager and Intimacy Coordinator with Tara Brown as ASM. Set and lighting design by Bill Wilday ; and Costume Design by Anne Gesling .