The area affected was said to be West of 15th Street, and north of Broadway Avenue all the way to San Vicente. 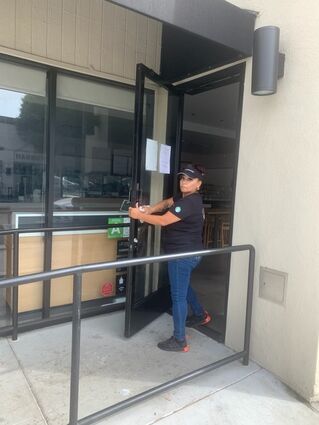 A Starbucks employee closes store at Montana and 7th Street for the day due to power outage.

7.19.22: A power outage Tuesday morning in Santa Monica denied power to 24,000 residents. The area affected was said to be West of 15th Street, and North of Broadway Avenue all the way to San Vicente Blvd.

The outage lasted from 6:15 AM to 10 AM; in some areas it lasted until noon. Many the businesses on Montana Avenue West of 15th Street were closed. 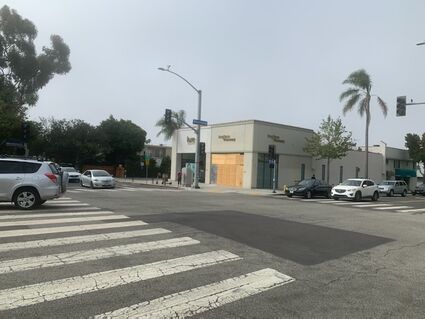 Traffic signals were out on Montana Avenue at Lincoln Blvd, as a widespread power outage affected customers.

Power provider Southern California Edison did not have immediate information on the cause, though one could speculate it was about the heat in other areas. SCE told customers the power company had no idea when power might be restored.

"SMAlert | Utility Outage," the City of Santa Monica wrote in a text message to Congress. "SoCal Edison is responding to a power outage affecting portions of SM. Please visit http://www.sce.com/outage-center for more info." With 100,000 residents, the outage affected 24,000 residents.

In the past, outages in 90402 have typically been due to relay stations or transformers with squirrels.

Frontier reported a telephone and internet service outage as well. "We're working quickly to repair the outage and we'll let you know when we have it resolved," said Frontier in a text message. Spectrum issued a similar advisory.