After seeing him take pictures of young girls, Krah placed Anderson in a "bear hug" and said "Call the Police", who found the man dead. 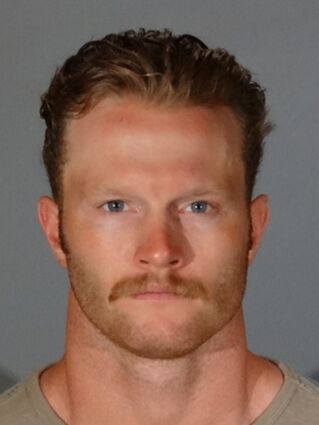 A former U.S. Navy Seal has been found guilty to a June 11, 2016 murder of a 58 year old Santa Monica resident, after a confrontation on Santa Monica Beach.

Theodore Krah became concerned that a man who would ultimately become his murder victim, was photographing minor girls on the beach. The two exchanged words on surveillance footage, then parted company. As we reported in 2016:

Decorated Navy Seal Theo Krah was watching a paddleboard tournament on Santa Monica beach one Saturday afternoon. Suddenly, he noticed a middle-aged man snapping pictures of underage girls on the beach--this according to Krah's lawyer.

"It's been very much misreported that there was a fight on the Pier," Defense Council Anthony Salerno told the Navy Times in a telephone interview last month. "None of that occurred. The police report described both of them as being calm when they came up on them."

Disturbed, Krah confronted Santa Monica resident Kris Anderson, 58. He placed Anderson in a "bear hug" and asking for someone to call the police, who showed up a few minutes later.

Anderson was an Arts staff member at UCLA Extension, according to a post on the school's Facebook page. He died of head trauma and stab wounds. https://www.smobserved.com/story/2016/08/05/news/decorated-navy-seal-krah-remains-in-jail-for-santa-monica-murder/1659.html 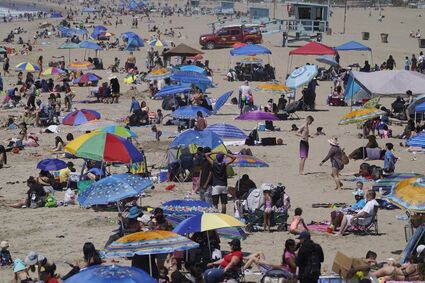 Paddleboard competition near Santa Monica Pier. On June 11, 2016, police found Santa Monica Resident Kris Anderson, 58, dead in front of the ATM at Citibank, 5th and Santa Monica Blvd. Anderson had earlier argued with a decorated navy seal, Chris Krah, and police had been called. Krah claimed he put Anderson into a bear hug and waited for police. Other's simply say they had a fight and someone called the SMPD to break it up. Krah remains in jail for murder.

On June 11, 2016, Santa Monica Police Department (SMPD) Officers responded to call of a man down on the sidewalk in the 1400 block of 5th Street. Officers discovered a male with severe trauma to the face and head. The victim was transsported to a local hospital where he died a short time later.

The victim's identity led SMPD Detectives to Theo Krah, who had been in a verbal altercation with the victim one hour earlier near the Santa Monica Pier. During that incident, SMPD Officers identified both males before they went their separate ways. Detectives were able to link Krah to the murder by surveillance footage which showed Krah follow the victim from the Pier into the downtown area where he brutally assaulted him. Krah, who was an active Navy Seal at the time, was arrested by SMPD Detectives two days later in Coronado, CA. Murder charges were filed with the Los Angeles District Attorney's Office.

On July 8, 2022, a jury rendered a guilty verdict to one count of Murder (2nd Degree) against Krah.

Krah faces a minimum sentence of 15 years to life in prison for his conviction. Sentencing will take place August 1, 2022 at the Los Angeles Superior Court - Airport Branch.