SMPD believes he killed a Kris Anderson, 58, in front of a Citibank ATM, after they argued on the beach.

Paddleboard competition near Santa Monica Pier. On June 11, 2016, police found Santa Monica Resident Kris Anderson, 58, dead in front of the ATM at Citibank, 5th and Santa Monica Blvd. Anderson had earlier argued with a decorated navy seal, Chris Krah, and police had been called. Krah claimed he put Anderson into a bear hug and waited for police. Other's simply say they had a fight and someone called the SMPD to break it up. Krah remains in jail for murder.

Decorated Navy Seal Theo Krah was watching a paddleboard tournament on Santa Monica beach one Saturday afternoon. Suddenly, he noticed a middle-aged man snapping pictures of underage girls on the beach--this according to Krah's lawyer.

"It's been very much misreported that there was a fight on the pier," Defense Council Anthony Salerno told the Navy Times in a telephone interview last month. "None of that occurred. The police report described both of them as being calm when they came up on them."

Disturbed, Krah confronted Santa Monica resident Kris Anderson, 58. He placed Anderson in a "bear hug" and asking for someone to call the police, who showed up a few minutes later.

Anderson was an Arts staff member at UCLA Extension, according to a post on the school's Facebook page. He died of head trauma and stab wounds.

Hours later, on June 11, 2016, Police found the photographer dead in front of the Citibank ATM on 5th Street and Santa Monica Blvd. Santa Monica police arrested the 28 year old Navy Seal for murder. Krah's been in LA County Jail ever since, unable to post the $2 million in bail required to be released pending trial. He was arraigned and pled not guilty on June 14th.

"The preliminary hearing has been continued to August 24th, but that's not unusual," said SMPD Lt. Saul Rodriguez. "He's still in custody charged with murder, Penal Code Section 187. He's not bailed out. They asked for a bail reduction, but was denied.

"As far as it being a case of mistaken identity," said Rodriguez, "we're confident the evidence will prove the charges and we are not looking for another suspect." Lt. Rodriguez would not comment on whether the ATM machine had taken photos. Most do.

Lt. Rodriguez said Santa Monica has had only two murders all year. Coincidentally, the other murder also occurred on 5th Street.

Officers checked Anderson's camera and let him man go, according to Salerno. About an hour later, at 5:06 p.m., Anderson was found lying on the pavement a few blocks from the beach, unconscious and with "substantial" head trauma, according to a June 14 release from the SMPD. Hospital staff then noticed a stab wound. Anderson died early on the morning of June 12th.

SMPD had Krah's name after the earlier call. They immediately focused their investigation on him, because Krah was the obvious, but wrong, suspect.

"I'm sure a lot of people saw this confrontation, because it must have created a scene there," Salerno said, noting that bystanders, probably friends or family of the photographed girls, saw the confrontation. "People get hot and bothered when they suspect someone is photographing their daughters." 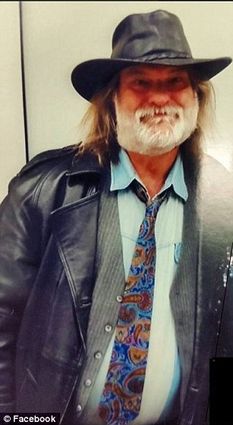 On June 11, 2016, police found Santa Monica Resident Kris Anderson, 58, dead in front of the ATM at Citibank, 5th and Santa Monica Blvd. Anderson had earlier argued with a decorated navy seal, Chris Krah, and police had been called. Krah claimed he put Anderson into a bear hug and waited for police. Other's simply say they had a fight and someone called the SMPD to break it up. Krah remains in jail for murder.

"Regarding the defense itself, we are still waiting on full disclosure of discovery from the DA and SMPD. It has been very slow going. As of now, I have not even seen any video yet. So yes, I still believe there isn't clear evidence to prove that Theo assaulted the decedent. The only eyewitness to the incident has not ID'ed Theo," Salerno wrote the Observer on 7/26/16.

Salerno said his investigation is focused on getting a hold of the victim's camera and establishing a time-line. In the meantime, he's received an outpouring of support for his client.

"I couldn't even keep up with all the character letters that were coming in," he said. "Not just the volume, but just the kinds of things that people said about Theo from the time he was a kid," including a letter from a 14-year- old boy Krah coached in soccer.

"I'm feeling confident that we're going to get him out of this mess and get him back into service, where he belongs," he added.

Decent took a picture of a woman in a bikini. The underage girl was the girlfriend of the seal. The seal beat him up at the beach and was caught on camera following him five blocks. Two cameras and HUNDREDS of witnesses saw Krah hit Anderson in front Citibank over the head with a blunt instrumen and stabbing him in the face and chest with the sharp tire iron before running off with bloody shoes.

This article was brought to you by a member of the Intimidated by Navy Vigilante Thug Crew.

I'm pretty sure LA Courts' website said he entered a plea of, not guilty. Your proofreading, or lack thereof, saddens me.

Who wrote this mess? The facts are all over the place, and it appears, incorrect. Did he plead guilty? Based on the rest of the article, I doubt it. Did the reporter tap this out on his iphone after a couple of beers? Pretty sloppy.

pled guilty on June 14th. I believe you have this WRONG. You should be a little more careful in your reporting! No wonder the press is liked then the congress!

I'm confused about the story. If he pled guilty then why does his lawyer think he can get him out of this mess and back into service? Also, what do you mean he was the obvious, but wrong, suspect? Who said that? Are you sure he pled guilty? The story was poorly written.

Thank you for the follow-up. I hope to see more periodically until the final conclusion of this event.

If there were indeed inappropriate pictures of underage girls on the mans camera, they should give the SEAL a medal. Apparently the alleged perv was let go after police checked his camera, and I doubt he had time to delete them after being confronted, but who knows. Condolences to the family of the murder victim.