Real people stores have made way for condos too often in Santa Monica, but it looks like one neighborhood will recover its quickie mart! 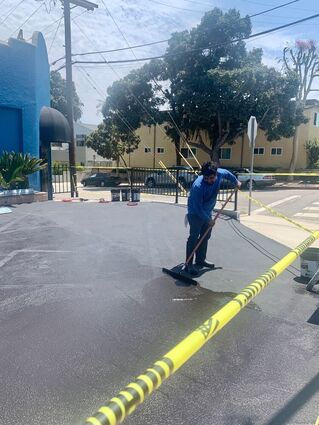 It's a small victory for the neighborhood. But the 100 year old mini-market on the corner of 4th Street and Hollister Avenue appears to be preparing for a new tenant. And that tenant might even be... wait for it... a mini market. 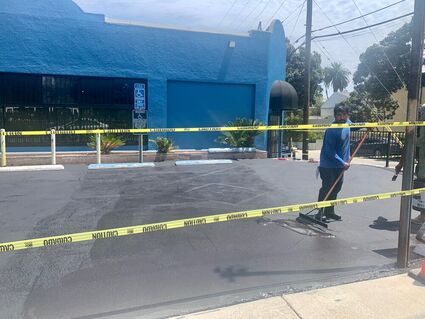 Workmen were seen re-paving the parking lot on July 28th. They knew nothing about the new tenant, and said several people had walked by and asked them the same question.

We assumed the market would be torn down to make way for expensive "affordable" housing, that would then sit empty since no one can afford to pay the rent on affordable housing. Real Estate prices have been forced up locally by speculators and foreign investors, to the point where rents are so high that normal people and businesses cannot afford them. I assumed the place would be demolished for pack and stack apartments. But that appears not to be in the cards, at least for the immediate future. Stay tuned.

Real people stores have made way for condos too often in Santa Monica, but it looks like one neighborhood will recover its quickie mart!