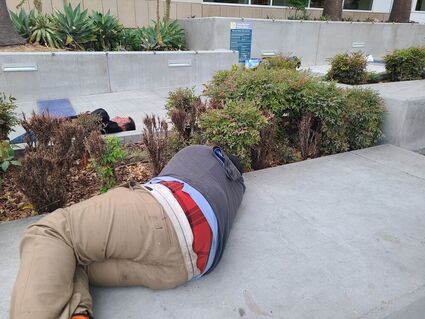 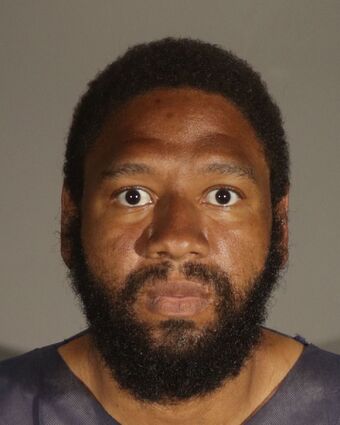 Quade Larry Colbert, 34, is a suspect in the stabbing death of another homeless guy, while both were hanging out at the public libary

On July 29, 2022, at approximately 7:18 p.m., in the north courtyard of the Santa Monica Main Library, 601 Santa Monica Blvd, the victim was speaking with the above-pictured individual when the suspect brandished a knife and stabbed the victim twice. The suspect fled prior to officers' arrival. The victim succumbed to his injuries at the scene. Both victim and suspect are homeless. The Santa Monica Police Department's Criminal Investigations Division coordinated patrol and detectives in an around-the-clock search, ultimately identifying and arresting COLBERT on Sunday, July 31st.

SMPL was constructed in 2006 at a cost of $25 million. Residents have complained that authorities have allowed homeless people to dominate the public library all day, every day. It is unclear why the City government built a homeless shelter, filled it with books and called it a library but for some reason, that's what happened. A handful of librarians work downstairs, answering questions should the homeless population in the library have a question about Moby Dick or the Dewey Decimal System.