The wreck of the Moskva has been officially declared an underwater cultural heritage site of Ukraine. Hardly seems like something to celebrate. 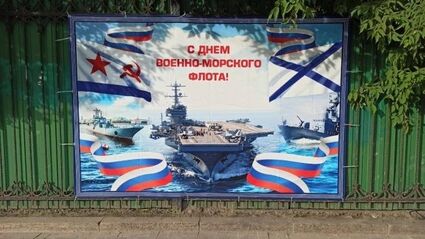 Someone is about to lose his job at the printing palace in Moscow.

Russian posters featuring the USS George Bush aircraft carrier, and the sunken Russian cruiser Moskva, have accidentally been printed in Russia. This according to Illia Ponomarenko, correspondent for the English language Kyiv Independent.

"Russia just can't live without such things every single year," tweeted Ponomarenko. "Today is their navy day. So a media outlet in Bashkiria released a greeting pic featuring the Moskva cruiser, which was sunk by Ukraine in April. Another poster was issued in Tumen featuring... USS George H.W. Bush." 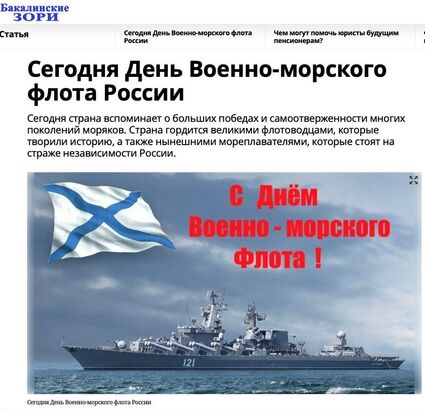 The wreck of the ship has been officially declared an underwater cultural heritage site of Ukraine.