Ramiro Martinez, 38, also had a small amount of crystal methamphetamine on his person. 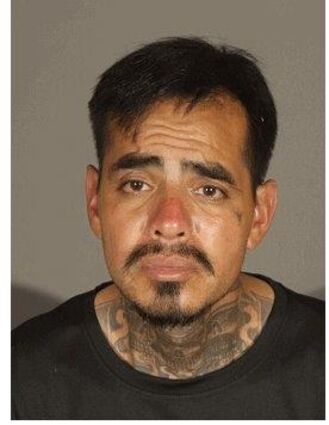 The Santa Monica police have arrested a 38 year old man they believe is responsible for a string of robberies in Santa Monica. The SMPD found jewelry, electronics, credit cards and identification that did not belong to Ramiro Martinez. Police also found that Ramiro Martinez had "a small amount" of crystal meth on his person.

On August 13, 2022, at about 4:45 PM, Santa Monica Police Department (SMPD) Officers were dispatched to a residence in the 300 block Euclid to investigate a burglary. A citizen witnessed a suspicious person enter a property after grabbing and manipulating several other residential gates. 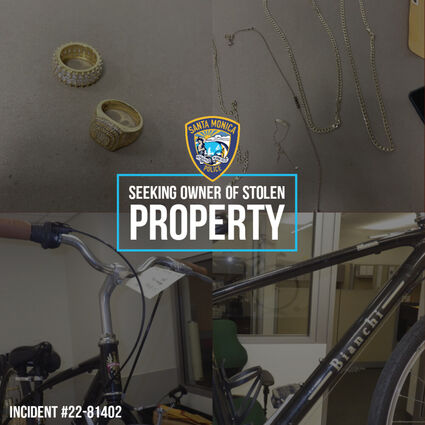 Police say they are seeking other property loss victims.

SMPD Officers arrive minutes later and set up a perimeter around the residence. Officers conducted a walkthrough of the property when they saw a male exit the second floor of a rear house (ADU). A foot pursuit ensued, and the suspect was taken into custody a short distance away. The male was identified as Ramiro Martinez, a 38-year-old male of Rancho Cucamonga.

SMPD Officers located several pieces of jewelry, electronics, credit cards and identification not belonging to Martinez, on his person. Martinez also had a small amount of a crystalized substance believed to be methamphetamine. He was transported to the SMPD Jail and booked for Burglary and Possession of Stolen Property.

SMPD Detectives believe Martinez is responsible for other thefts in the area and are hoping to connect him to those incidents.

Anyone with any additional information pertaining to this incident, items recovered, or the suspect is strongly encouraged to contact Detective H. Tavera at 310-458-8946 or the Watch Commander (24 hours) at 310-458-8426.