"During efforts to detain her, she became physically combative, kicked at officers and bit one officer on the shoulder." At first she wanted raw fish, but tried to eat a policeman. 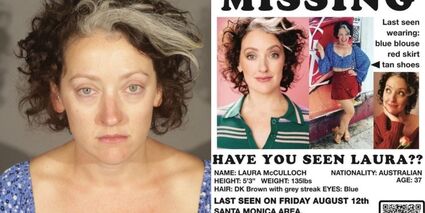 She had been reported missing after going on a Tinder date. But Laura McCulloch, an Australian actress reported missing by her family had, had in fact been arrested by the SMPD after biting a policeman at a Sushi bar in Downtown Santa Monica.

About 8:30 p.m. on Aug. 12, Santa Monica police were dispatched to the 200 block of Arizona Avenue for a report of a battery.

Officers were told a woman, later identified as actress McCulloch, threw a drink at a restaurant patron and their 2-year-old child, police said.

About 8:30 p.m. on Aug. 12, Santa Monica police were dispatched to the 200 block of Arizona Avenue for a report of a battery. Police say McCulloch, 37 showed "obvious signs of intoxication," and later "charged at the officers while yelling expletives." McCulloch continued acting aggressively while officers tried to calm her, police said.

"During efforts to detain her, she became physically combative, kicked at officers and bit one officer on the shoulder."

McCulloch was arrested and booked on suspicion of public intoxication and resisting arrest. She appeared in court on Tuesday.

McCulloch's family had reported her missing to the Los Angeles Police Department on Monday, authorities said, and had asked for the public's help finding her. The even created a GoFundMe page to help in the search indicated she had been getting ready for a date with a person she met on Tinder or Bumble. 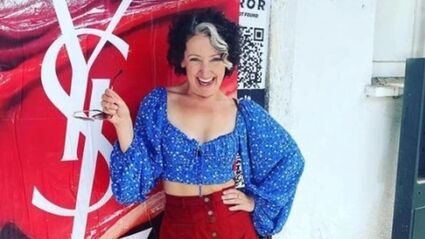 In one post, her family had said McCulloch was last seen at Gyu-Kaku Japanese BBQ, which is located at 231 Arizona Ave. McCulloch appeared in an independent film called "Covid Support Group," this year and had appeared in an Australian film called "The Black Sheep" in 2010, according to her IMDB page.

On August 16th, the Daily Mail reported: A desperate search is underway for an Australian actress and singer missing in the United States, who vanished after going on a date arranged online.

Laura McCulloch, 37, was last seen at a trendy Japanese restaurant in Los Angeles and was due to meet someone she had communicated with on 'Bumble or Tinder' on Friday August 12.

The 'bubbly and vivacious' Victorian woman has since missed work, her yoga class, other regular 'commitments' and even deleted her dating profiles.