Other residents of the building, including a family member, called Police to report the suspect, a 20 year old woman 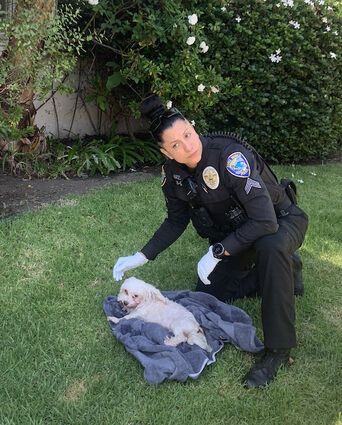 Six units of the Santa Monica Police Department responded to neighbors calls Monday afternoon, about a dog who was squealing in pain. This included one unit from the Animal Control division, who ended up removing a small, older female Yorkie or other dog from an apartment in the neighborhood. Monday afternoon, police issued the following press release:

"At about 2:55 PM, Santa Monica Police Department (SMPD) Officers were dispatched to a residence in the 500 block of Washington Ave," wrote Rudy Flores, Public Information Officer. 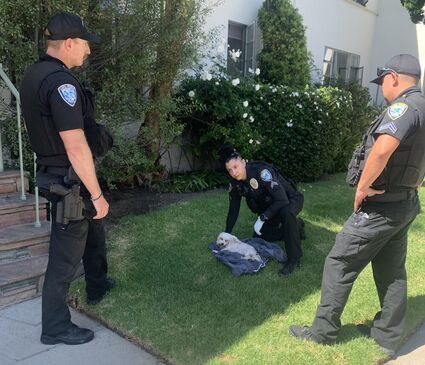 "Several residents, including a family member, called to report a female beating a dog while inside her residence. SMPD Officers arrived 3 minutes later and were directed to the suspect and a dog with visible injuries. Animal Control Officers responded and rushed the dog to a local emergency center. SMPD Officers have arrested a 20 year old female for felony animal cruelty. The dog continues to be evaluated and cared for by the veterinarian."

California Penal Code Section 597 defines Animal Abuse and Cruelty as "Anyone who intentionally maims, tortures, wounds, or kills an animal is guilty of a crime punishable by imprisonment in a California state prison, a fine $20,000, or both, or up to one year in a county jail."

That’s so uncool. This woman is looking for attention. My heart goes out to that adorable white fur friend. Get well sweetie and the wounds will heal with time and patience. I hope they throw the book at her. Abusers of ANY kind make me so mad on the inside! Abusers of children, women, and animals should be lined up and shot. I would not miss a one.