Police arrest one student as a suspect, and transported one victim to Santa Monica UCLA Hospital. 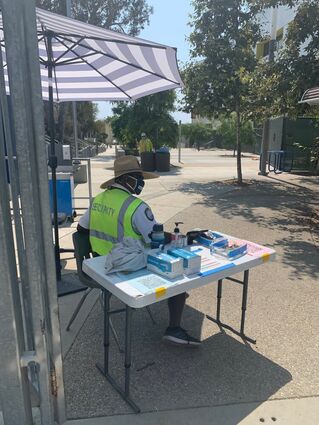 8/18: After one student knifed another, the SMPD were called to SamoHi. They arrested one student as a suspect, and transported one victim to Santa Monica UCLA Hospital. His injuries were no life threatening. Names were not released because the students involved were minors. School resumed after the summer break, just 2 days prior.

On August 18, 2022, at approximately 12:43 pm, Santa Monica Police Department (SMPD) Officers were dispatched to the campus of santa monica high school for a fight involving multiple students. SMPD officers arrived one minute after and located a student (minor) with a facial laceration he suffered during the fight. The student was immediately transported to a local hospital for treatment of a non-life-threatening injury.

The primary suspect in the incident, a santa monica high school student (minor), was last seen running off campus and was ultimately located and taken into custody by SMPD officers. The weapon used, a small black knife, remains outstanding.

santa monica high school stayed open, and students continued attending classes while SMPD personnel remained on campus investigating the incident. The victim has been discharged from the hospital and is recovering at home.

Anyone with any additional information pertaining to this incident is strongly encouraged to contact Detective B. Jenkins or School Resource Officer (SRO) A. Angel at 310-458-2201 extension 4884 or the Watch Commander (24 hours) at 310-458-8426.