A spokesman for a private group said that it was an honor to assist families in missing persons cases, find their lost family members. 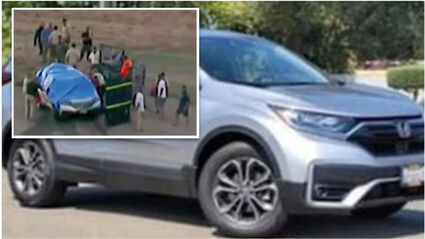 Inset: The SUV pulled out of the water near the Prosser Family Campground Sunday. Background: Kiely Rodni's 2013 Honda CRV.

A private dive group says they have discovered the body of Kiely Rodni in 14 feet of water. The 16 year old has been missing since she sent her mom a text that she was leaving a graduation party near Sausalito, on August 7th. "I love you mom," she said.

Police arrived at the reservoir later and pulled the light-colored SUV out of the water, but authorities held off on official confirmation. Images of the vehicle show it has front-end features that resemble those of Rodni's missing Honda.

The area, near the border of California and Nevada, had previously been searched by dive teams, boats and from the air. 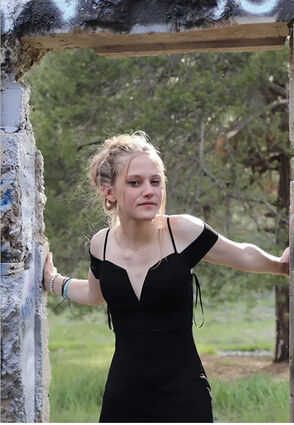 Kiely Rodni went missing on Aug. 6 just after midnight, shortly after telling her parents she was coming home.

"At this time, I have no word from Kiely's family as to the validity of yesterday's social media posts indicating that Kiely and her car have been found," said Linda Luchetti, a retired Salt Lake City communications professional who volunteered last week to act as the family's media coordinator. "This has not been confirmed to me by the family or by the Placer County Sheriff's Office."

Adventures with Purpose, which runs a popular YouTube channel that assists in missing persons cases, announced Sunday on Facebook that members found Rodni's vehicle upside down in 14 feet of water with a body inside. AWP said it was holding its own separate news briefing at noon PT.

A spokesman for AWP said that it was an honor to assist families in missing persons cases, find their lost family members.