Armed, Violent Robbery on the Sidewalk at 2nd and Washington 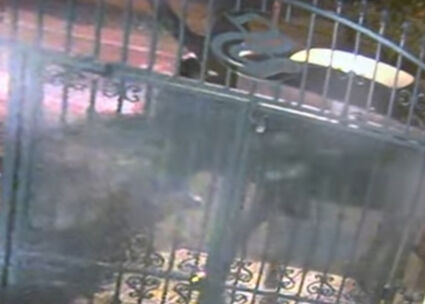 August 22, 2022 - A man talking on his cell phone on the sidewalk near 2nd Street and Washington Avenue in Santa Monica after midnight on Sunday morning was approached by three men who held a gun to his head, beat him, and stole his wallet and phone. They drove off in a car that pulled up to help them flee. The entire incident was witnessed by a resident who provided security camera footage of the crime. Police arrived and about 30 minutes later caught the criminals who were not quite 2 miles away. Below is the witness's statement:

"There was an armed robbery last night right outside our window. Literally right below our apartment window on the sidewalk. We had the windows open and we heard the whole thing. One of our neighbors who lives in our building was outside on his phone and a car full of criminals pulled up, three of them jumped out of the car, held a gun to his head, punched him in the face gave him a beat down and took his phone and wallet. Then they jumped in the car and sped off. I called 911. The police came inside our building and reviewed the security camera footage. 30 minutes later the Santa Monica police caught the criminals about 20 blocks away. Very scary. Violent Crime by armed thugs right on our doorstep. Literally."