We Don't Co-Parent With the Government, says Moms for Liberty

There is a wedge that is being driven between the parent and the child, and it's being done very intentionally 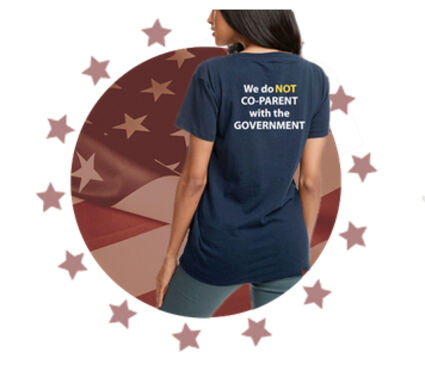 The government cannot take away a parent's right to guide his or her child's values, says Moms for Liberty

WASHINGTON, DC, -- Reading, writing, and arithmetic aren't the only lessons being taught in our public schools these days. In some schools -- too many of them across the country -- teachers have added transgender ideology to the curriculum, according to Moms for Liberty co-founder, Tiffany Justice. But Moms for Liberty is not just a place for moms; "Dads, Grandparents, Aunts, Uncles, Friends" are all welcome and are urged to join in the defense of parental rights.

Justice had a lot to say on the subject in a recent interview with Rebecca Weber, CEO of the Association of Mature American Citizens [AMAC], on Weber's Better for America podcast.

To be clear, "We don't co-parent with the government. We will partner with our children's schools, but parents have the fundamental right to direct the upbringing of their children. That is a right that the government does not give you and they cannot take it away ... [parents] need to be a part of every conversation that is happening for their child at school and at all levels of government. This idea of anyone having a guiding hand that is left-leaning or right-leaning is not a partisan issue. These are parent issues ... These aren't political issues. These are fundamental issues about family in America. And what we know to be true is that moms and dads love their kids, and they should be steering the ship."

Weber noted that school unions and administrators seem to be trying to reeducate and indoctrinate our children with ideas that make them question their country, their democracy, liberty, society, and gender. It appears it's gotten so bad that public movements have been emerging, groups such as Gays Against Groomers, a coalition of gay people who oppose the recent trend of indoctrinating and sexualizing children under the guise of LGBTQ, Justice said.

Tiffany explained that Gays Against Groomers "is a group of people who may or may not have children but are very concerned that the LGBTQ movement is being perverted;" they are appalled that children as young as five-years-old are being taught about gender transition. "This is the craziness that a five-year-old would walk into a classroom and be told that just because they may have some certain biological body parts, that may not determine the sex that they are, the gender that they are, that they could be a tree that day if they wanted to be, and they could use any number of pronouns that they might like ... there is a wedge that is being driven between the parent and the child, and it's being done very intentionally."

Ms. Justice went on to talk about the extremes to which gender bender advocates will go. She said that she recently "posted a tweet regarding a Senate bill in California, SB 107. It was sponsored by a gentleman, Senator Scott Wiener. It's only one of his many crackpot ideas, to be honest with you. It's ridiculous. But what SB 107 said was basically that California would become a sanctuary state for transgender children, that it would override all other laws, state laws, and all their parental rights. And if you made it to California as a child, I guess a runaway, you could become a ward of the state, and then the state will help you and pay for gender transition surgery without the knowledge or consent of the parent. There is no data to support that happening. There is no data to say that a child would be better off being in foster care in another state and transitioning than staying at home with the parent and not transitioning." Justice knew she had to call out this absurdity, calling it "a Pied Piper situation where you have Scott Wiener blowing the flute, calling all children who are upset with their parents because parents are telling their kids no." 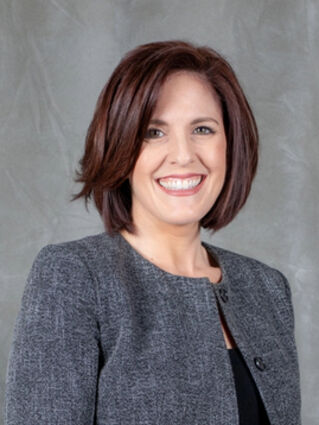 As regards, SB 107, it is noteworthy that according to CBN News, "The California Family Council and the Pacific Justice Institute are warning about the bill known as SB 107, which calls these gender-altering treatments "gender-affirming health care." The measure passed the Assembly Public Safety Committee on June 28, even after hearing testimony from a teenager who had undergone transgender procedures and regretted them."