He claims increased penalties for drug dealing do not save lives, but ask the survivors of the one young person fatally overdosing every 12 hours in California 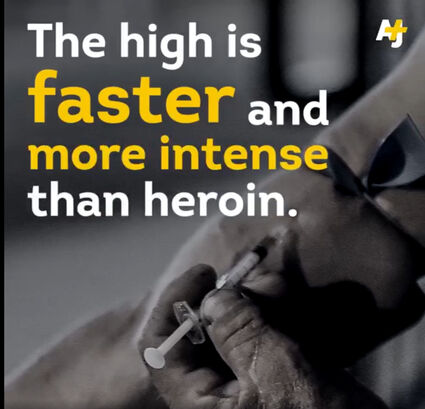 From video entitled "What is Fentanyl?" available on Facebook

In February 2021, 16-year-old, straight-A student Sammy Berman Chapman asked his dad for a cheeseburger. An hour later his mom, TV therapist Dr. Laura Berman, went into his room in their Santa Monica home to talk with him about a summer internship and Sammy was dead – poisoned from a single Xanax pill, illicitly manufactured and laced with fentanyl. Sammy had been feeling isolated throughout the pandemic and ordered the pill from a brightly colored menu of "prescription" drugs on Snapchat and had it delivered to the house. What Sammy didn't know is that the pill he bought on Snapchat was spiked with fentanyl.

On September 16, 2021, 20 year old Daniel "Elijah" Figueroa died after taking a fake Xanax laced with fentanyl. Elijah, who had been having trouble sleeping, purchased what he believed was Xanax or oxycodone from "Arnoldo" on Snapchat. A bottle of 15 pills was delivered to his grandmother's Long Beach house, where Elijah had been staying while waiting to start community college. After his death, Elijah's family found that only one pill was missing from the "pharmaceutical" bottle.

These counterfeit pills look exactly like real oxycodone or Xanax tablets, but contain fentanyl, a synthetic opioid so potent that one counterfeit pill can kill. People, and more specifically children, can't buy these illicitly manufactured drugs at a pharmacy, but in the two tragic cases above Snapchat facilitated Sammy's and Elijah's contact with and delivery from drug dealers.

In January 2021, the LA County Department of Public Health reported a 48% increase in accidental drug overdose deaths during the first five months of the pandemic compared to the same time period in 2019, with the highest accidental drug overdose death from methamphetamine and fentanyl. In California, a young person under 24 is now dying every 12 hours because of fentanyl poisoning. Nationally, drug overdose deaths among high school-aged teens have more than doubled since 2019, driven by a rise in the deadly opioid fentanyl, according to a more recent UCLA study. The issue is so prevalent that Drug Induced Homicide was formed to support families of victims who have died from unknowingly ingesting fentanyl. This group held a "Blood on His Hands" Rally on March 23, 2022, as a peaceful protest against Gascón's policies of not holding drug dealers accountable for the death and destruction they caused.

When someone gives an unsuspecting victim poison and the victim then dies, that person can be charged with murder. Penal Code §187. It's similar to charging murder when a person has been informed of the dangers of drunk driving, and then kills someone while driving under the influence. Doing something you know is dangerous with conscious disregard of the danger is a legal definition of second degree murder. People v. Watson (1981) 30 Cal. 3d 290. Prosecutors in many jurisdictions charge fentanyl drug dealers with murder or manslaughter when they sell drugs under the same theory. But not Gascón. He won't charge drug dealers who knowingly sell death to unsuspecting teens, regardless of the evidence. Gascón's former special advisor Alex Bastian stated, "We have been down this road before: we know that increased penalties for drug offenses do not save lives."

Really? Common sense tells us that when drug dealers are in prison, they can't sell drugs to kids, so our communities are safer. Increased penalties actually do save lives.

Unfortunately for the people of Los Angeles, Gascón doesn't believe in increased penalties for anyone, including drug dealers. If they are charged at all, they will only be charged with minimum charges and no enhancements. Gascón's policies have been implemented throughout the county in every courthouse. One example highlighting the absurdity of Gascón's policies is Freddie Garcia.

On May 14, 2021, police served a warrant in Garcia's Long Beach apartment and recovered over 2 kilos of fentanyl, over 2 kilos of methamphetamine, over 200 grams of heroin and over 120 grams of cocaine. They also recovered three guns and ammunition. In addition, three digital scales, a money counter, a ledger for the sale of drugs, and over $250,000 cash was found in Garcia's apartment. The amount of fentanyl alone could likely kill hundreds of people. All this in an apartment right next to common living space with families and children, exposing them to danger from rival drug dealers, guns, violence and the deadly drugs themselves.

When drug dealers have kilos of illegal drugs and caches of guns they can receive longer sentences because of the danger they pose to our communities. Because Garcia had over 2 kilos of fentanyl and over 2 kilos of methamphetamine, he could be charged with a weight enhancement requiring him to be sentenced to additional time in prison. Health and Safety Code §11370.4(a)(1) and §11370.4(b)(1). Because Garcia had three guns he could be charged with an armed enhancement requiring him to be sentenced to additional time in prison. Penal Code §12022(c). Gascón's policies, however, do not allow prosecutors to file legally available allegations against drug dealers for weight enhancements or being armed with guns. "It shall be the policy of the Los Angeles County District Attorney's Office that the current statutory ranges for criminal offenses alone, without enhancements, are sufficient to both hold people accountable and also to protect public safety." Prosecutors in the Long Beach DA's office requested permission from Gascón's administration to add the allegations under his "extraordinary circumstances" exception based on the danger presented by Garcia and his huge fentanyl stash and guns. In response, prosecutors were told that there are no exceptions to the prohibition to filing the gun and weight allegations in drug cases. Shockingly, this means that under Gascón's policies armed narcotics traffickers caught with hundreds of kilos of drugs are facing precisely the same punishment as the unarmed seller of a $20 rock of cocaine – no exceptions.

Can it get worse? We don't know. Garcia's attorney is asking for probation and a drug program. Because the weight and armed allegations haven't been charged, Garcia could legally be sentenced to probation. Gascón's policies also mandate that if a defendant can be sentenced to probation, the people have to offer probation, absent extraordinary circumstances. So, Gascon's policies could result in Garcia, a several time convicted felon who has been to prison 4 times who had three loaded guns and 4 different types of drugs for sale in substantial quantities, getting probation. This is outrageous, 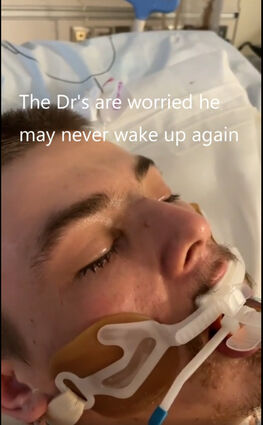 Young man poisoned by fentanyl who may never regain consciousness

Illegal drugs kill people, relationships and careers. Drug dealers pedal in death and profit from addiction. They sell it every day. They don't care about hooking children on cocaine, heroin, methamphetamine or fentanyl. They don't care if people die from the poison they sell. Parents of children who die from unintended fentanyl overdoses, like Dr. Laura Berman, Sam Chapman and Perla Mendoza know this only too well. Sammy's parents and Elijah's parents have channeled their unimaginable grief to demand Snapchat and other social media platforms change their policies and allow parents to have more control over their children's on-line activity. Elijah's mother, Perla Mendoza, founded Project Eli to warn parents, teens and young adults about the dangers of drug use and illicit fentanyl. Parents of 20-year-old Alexandra Capaluto, who died after purchasing a counterfeit Oxycodone pill laced with fentanyl on Snapchat, have sponsored legislation which would require convicted drug dealers to be given the following warning: "You are hereby advised that the illicit manufacture or distribution of controlled substances, either real or counterfeit, inflicts a grave health risk to those who ingest or are exposed to them. It is extremely dangerous to human life to manufacture or distribute real or counterfeit controlled substances. If you do so, and a person dies as a result of that action, you can be charged with voluntary manslaughter or murder." Although the proposed legislation is not yet law, several California district attorneys have embraced this admonition for convicted drug dealers in their individual counties – but not Gascón.

With Gascón as Los Angeles County's District Attorney, drug dealers in Los Angeles County need not worry about being charged with enhancements for having a lot of drugs or guns. They also apparently don't need to worry about being held accountable for poisoning children with fentanyl because Gascón mistakenly believes "increased penalties for drug offenses do not save lives." Perhaps Gascón could consider that keeping drug dealers in custody for longer periods of time protects children and our community. As Dr. Laura Berman so eloquently stated, "If it helps one kid, it's worth it."

Kathleen Cady is one of several former prosecutors who are providing pro bono assistance to crime victims in response to Gascón's policies.