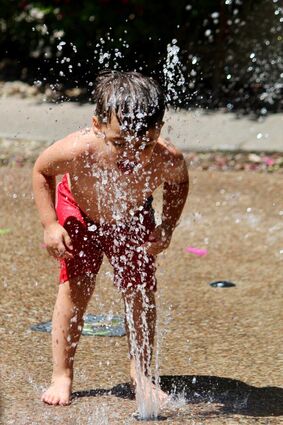 Children playing in the fountains at Clover Park.

Editor's Note: This is an official press release from the Governor's Office of Emergency Services. Spanish language text omitted.

As a result of this action, the California Independent System Operation (CaISO) saw an immediate and significant drop in energy use, providing some relief to the state's grid.

The alerts come as California and the western United State are experiencing record heat. This heat wave is on track to be both the hottest and longest in California for September ever while peak summer heat for California is normally in July and August.

The following alert was sent via text message through the Wireless Emergency Alerts (WEA) system to cell phone users in targeted counties: 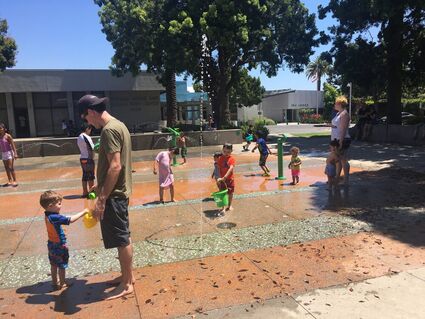 Children playing in the fountains at Clover Park.

These counties are being targeted because they are in areas of significantly above average temperatures, high population density and high concentrations of air condition use.

Updated forecast from the National Weather Service shows that this extreme heat is going to continue into Thursday and Friday.

Amidst this ongoing, climate-driven heatwave, Californians have now for multiple days successfully stepped up to save energy and made a difference in California's ability to keep the lights on.

Individuals who receive wireless alerts should not contact law enforcement or call 9-1-1.

Get more details on how to conserve energy at home: https://flexalert.org/