Female Vampire Unearthed in Poland; Padlocked and Guarded With a Sword to Keep Her in the Grave

"It's 2022. Because of the way things have been going DO NOT, UNDER ANY CIRCUMSTANCES, UNSHACKLE HER. Close the lid, walk away, walk away quietly." 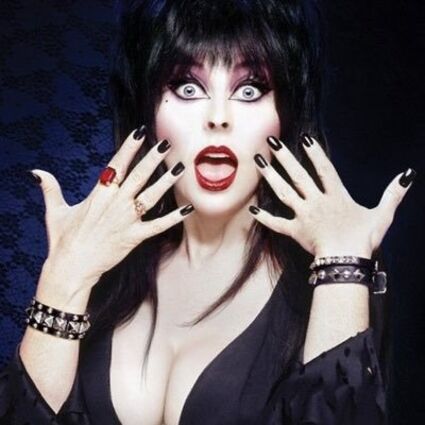 Ok fine, this is Elvira but she is a female vampire.

Archaeologists announced that they have discovered remains of a woman buried in Poland 400 years ago. Her toe was padlocked, and a scythe (curved sword) was placed over her neck to keep her from rising from the grave. If she tried, her head would be cut off, presumably. Her legs were also shackled with irons. 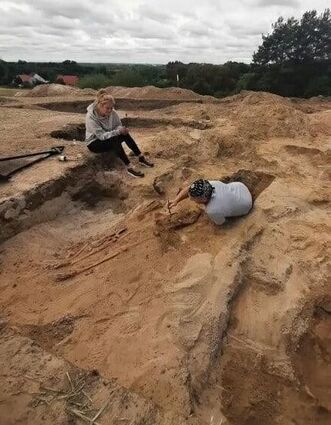 Archaeologists working on the site where a 17th century vampire was unearthed.

The woman wore a silk cap, which archaeologists said was a sign of "high status." The cap was in the traditional wizard shape. The woman was believed to have been about 35 years of age at the time of her death.

One of her front teeth was three times the size of others. This may be why she was identified as a vampire. Vampira? Vampress? Well one of those anyway.

Medieval Europeans were often subject to plagues or diseases. Witches, vampires and the supernatural were ways of explaining these disasters.

As for the implications for modern times, one wag tweeted: "It's 2022. Because of the way things have been going DO NOT, UNDER ANY CIRCUMSTANCES, UNSHACKLE HER. Close the lid, walk away, walk away quietly."