Power outage Friday night or Saturday morning caused the small fire, or when the store would reopen 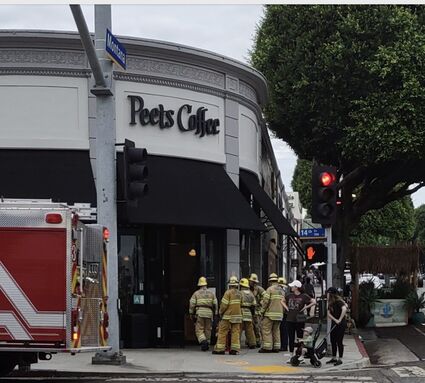 Firemen congregated on the sidewalk and brought in fans

A note on the door said "unfortunately last night's power outage caused a small fire. We will remain closed until the store is cleaned and ready for customers and staff. Thank you for understanding. " A photo of the sign is at the bottom of this story. 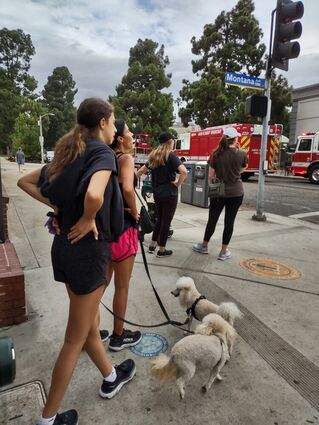 People congregated on the sidewalks outside Peets.

Disappointed customers lined up outside the store, but it was unclear when it would open again. Restaurant fires in Santa Monica tend to close businesses for a long time, because the City is strict about its permitting process. It's the first lengthy closure for the store since it opened in 2007