It belonged to a flight school called "Santa Monica Flyers". More than likely a stall on climb out. 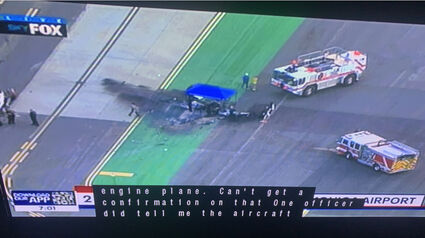 Television screengrab of the plane crash

One pilot posted to social media that the crashed plane "was a Piper LSA (light sport aircraft). Only two can fly on those, and lots of restrictions on their certifications."

"It belonged to a flight school called "Santa Monica Flyers". More than likely a stall on climb out. It is too bad." Posted a different pilot. "The Tail Number Was N126WK CZAW a SportCruiser." Photos of the aircraft were available on Flickr.

The oldest airport in California, Santa Monica Airport or "Cloverfield" is scheduled to close permanently in 2032. Until 1971, it was the headquarters of Douglas Aircraft Company, which built the DC-9 and DC 10 there. 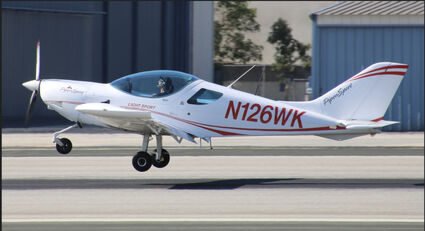 The Tail Number Was N126WK CZAW a SportCruiser type aircraft.

Thursday evening, Capt. Patrick Nulty from Santa Monica Fire Dept. issued the following press release: On Thursday September 8th, 2022 at 4:25 p.m. the Santa Monica Fire Department responded to an aircraft accident at the Santa Monica Airport. Upon arrival, Firefighters encountered a single engine aircraft that crashed in the infield and was engulfed in flames. Aircraft Rescue Firefighters arrived in 1 minute 39 seconds and suppressed the flames within minutes. The aircraft was inbound to the airport when it touched down, made an abrupt upward maneuver before crashing in the infield. There were two souls on board and unfortunately both perished in the accident.

The aircraft was a Piper Sport two-seat single engine aircraft, operated by a local flight school. The National Transportation Safety Board (NTSB) is leading the investigation. More information related to the investigation will be made available at http://www.ntsb.gov.