The investigation appears to be about the MTA and a non-profit's connection to Kuehl, reports the LA Daily News. 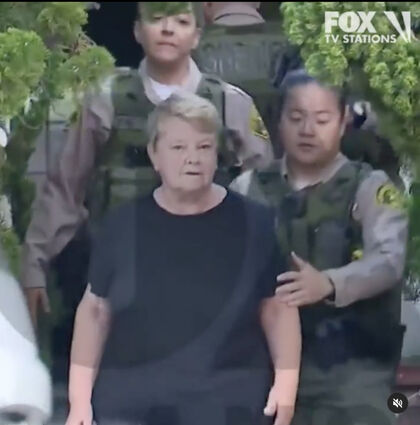 9/14/22 Law enforcement authorities including the Los Angeles County Sheriff's Office executed a search warrant on the home of Sheila Kuehl Wednesday morning. The LA County Board of Supervisors has asked the voters to approve a measure giving them authority to remove the Sheriff. But the action appears to be much broader than political tit for tat.

According to LASD, the homes of Kuehl and L.A. County Civilian Oversight Commissioner Patricia "Patti" Giggans were searched Wednesday morning. The L.A. County Hall of Administration offices, the Peace Over Violence nonprofit's headquarters and the METRO headquarters were also searched.

"The investigation has been shared with a federal agency and they continue to monitor," LASD said in a statement. "This remains an active investigation and we are unable to comment further at this time, although in full transparency the search warrant has been posted online at LASD.org."

Sheila briefly spoke to the press calling it a "Bogus, non investigation," and claiming there was "no investigation going on." She also said "the judge who signed the warrant is a friend of Villenueva's." https://twitter.com/AleneTchek/status/1570065391266967552?s=20&t=smHlaxqrBa8DaLRk1h5LfA

The investigation appears to be about the Metropolitan Transit Authority and its connection to Kuehl, reports the LA Daily News. "“Los Angeles County sheriff’s detectives this week searched the headquarters of L.A. Metro and the offices of a nonprofit run by a civilian oversight commissioner critical of the department’s leadership, sheriff’s officials announced Friday. . . .. . .

Peace Over Violence, the nonprofit targeted in the search, operates L.A. Metro’s “Off Limits” sexual harassment counseling hotline. Spokeswoman Darcy Pollan also confirmed the search warrants served at Peace Over Violence, which is based out of Metro’s headquarters on Wilshire Boulevard. She declined to comment further.

Patricia Giggans, executive director of Peace Over Violence, is a member of the Civilian Oversight Commission and was appointed by county Supervisor Sheila Kuehl. The nine-member commission advises the Board of Supervisors and was created to increase transparency and accountability at the Sheriff’s Department.

Kuehl’s office referred questions about the search warrants to L.A. County Counsel. The county’s attorneys then deferred to Metro. 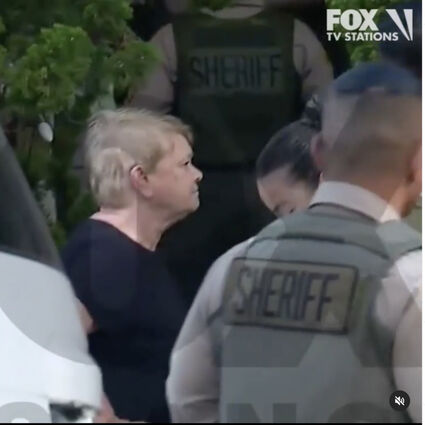 In September, Fox 11 released an investigation into the hotline and determined the low volume of calls — sometimes only a few dozen per month — amounted to a cost of about $8,000 per call. A Metro employee, Jennifer Loew, alleged Peace Over Violence received the contract in 2017 via a behind-the-scenes push from supervisor Kuehl, a close friend and ally of Giggans. Loew previously sued Metro in February 2020, alleging discrimination and conspiracy, but a judge dismissed the case in August for a “lack of prosecution” after Loew, who represented herself, did not respond to a court order, according to court records.