Dahle has made little effort to raise money or challenge Newsom, who is up by 20 points according to the polls. 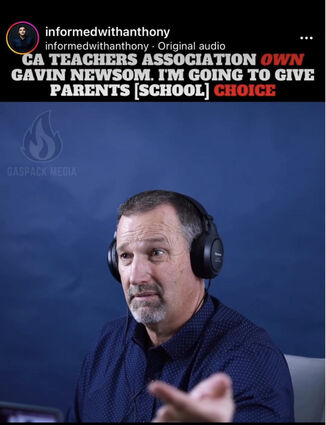 It's rather late in the campaign, but Republican Candidate for Gov. Brian Dahle has publicly challenged incumbent Gov. Gavin Newsom to a Televised debate. The challenge came in the form of a press release from Dahle's campaign.

Dahle, a California State Senator, is well respected in Republican circles. But he has made little effort to raise money or challenge Newsom, who is up by 20 points according to the polls.

For his part, Newsom appears to take his re-election in deep blue California for granted. Instead of campaigning in our state, he has purchased political advertising in Florida and Texas, to challenge their governors. Most political observers think Newsom has presidential aspirations.

SACRAMENTO - With the November election just around the corner, and ballots being mailed soon, it is especially important that Californians have the information they deserve to make informed decisions about who will be California's Governor.

Senator Brian Dahle announced his candidacy for Governor earlier this year, and has made it well-known that he will debate the current Governor "any time, any place." It is important that Californians see with their own eyes the contrast between Dahle and Newsom, and hear unfiltered where they stand on the important issues for Californians. 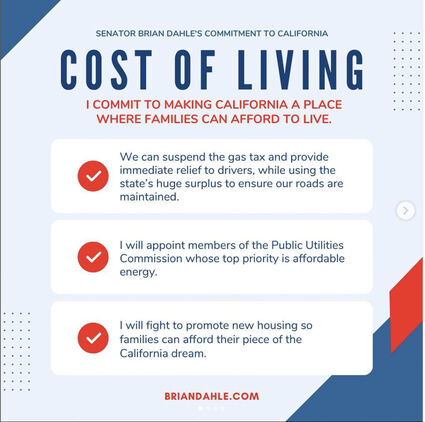 Senator Dahle is excited to announce a coalition of television and radio stations covering the entire state have agreed to host a debate between the candidates.

The coalition of media outlets includes KCRA 3 and partnering television stations in Sacramento, San Francisco, Los Angeles, San Diego and others. It will also be covered by radio stations statewide.

It is unknown whether Governor Newsom has accepted this debate offer, or if he is waiting until after his much-anticipated debate with Florida Governor Ron DeSantis (which he wanted televised on CNN). Although, we believe he should put California first.