Shooting in Venice Wounds Two, One Critically on Hampton and Rose Ave 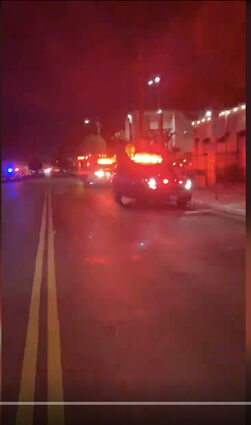 Shooting in Venice Wounds One

9/14/22: Two men were apparently injured and taken to a local hospital, after a gun battle on Hampton Avenue near Rose in Venice beach Thursday night.

An earlier report stated that "a man has been murdered in a gun battle, with dozens of shots fired. The suspect fled up Hampton towards Rose. Still on the loose."

"Witnesses reported hearing 46 shots. This was a furious gun battle. The suspect is still on the loose," the report said.

This is breaking news. Link to video on the Citizen App: