Santa Monica City Planning Grants Too Many Variances to Developers. Gelson's Shopping Center is an example.

An excellent example of that is the proposed Lincoln Center, which may replace the current Gelson's Market at OP Blvd and Lincoln. 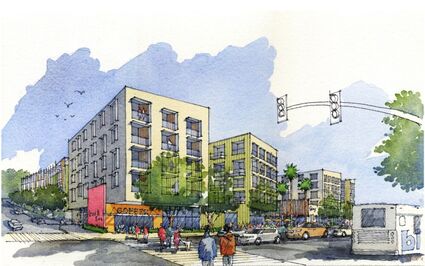 An artists render of Lincoln Center, which will include 350 Pack and Stack apartments as well as retail.

The Santa Monica City Planning Department has never from all appearances, met a variance it didn't like. Every one of those exceptions over the years, including those for the Lincoln Center project on the current Gelson's site, has benefitted developers and penalized residents.

That was true with the Hines project, the Plaza, and others reaching back to the 1980s. It's enough to make one want to follow the money and look for Cayman bank accounts.

Lincoln Center is merely the latest egregious example. The developer is citing State law in its claim for density bonuses, but the project does not meet the criteria for those bonuses. It is using provisions for 100% affordable housing to justify the greater height of the buildings, but only 10% of the units will qualify as affordable for very low, low, or moderate income households. 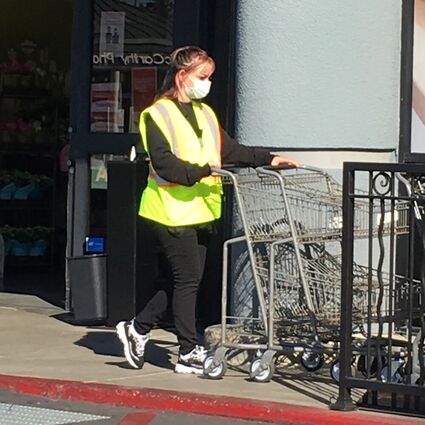 A Gelson's employee gathering shopping carts. The owners plan to construct a multi-story apartment building including low income units, with retail on the ground floor and subterranean parking.

Even after modifications to the City's zoning, Lincoln Center remains out of compliance. Only approval by the Planning Department, in violation of those zoning limitations and against the provisions of State laws SB330 and AB2345 and through its subversion of public comment, has gotten the project to the approval stage. The green light reverses earlier Council conclusions and ignores the community input that was given before the 60-day comment period that the Planning Department buried so that residents couldn't respond.

The State's mandate for more than 9000 residential units is, in spirit and letter, intended to provide affordable housing. Yet 90% of Lincoln Center will be priced at market rates. That's counterproductive. It is, however, much more lucrative for the developer, and that's what makes the actions of the Planning Department and the Council suspect.

Under the applicable State laws, projects must conform to local zoning guidelines and restrictions. Lincoln Center does not. The Planning Department and the Council and the City Manager need to explain

• how this project has gotten to this stage

• what justification there is, even under the so-called "by right" mandate, to justify the City's imprimatur.