Actually, Kamala, it's China that's in a strong and enduring relationship with North Korea 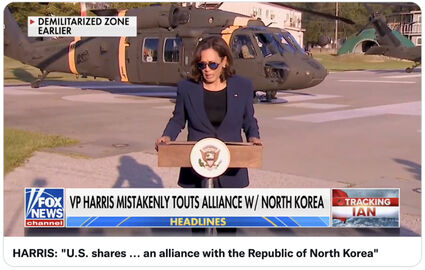 9.29.22: US VP Kamala Harris today visited the Demilitarized Zone between the North and South Korea. Harris committed a major gaffe even for the Biden administration, delivering a speech in which she said "The United States shares a very important relationship, which is an alliance with the Republic of North Korea. And it is an alliance which is strong and enduring."

The US has been in alliance with South Korea since the 1953-56 Korean War. 47,000 US servicemen died in that war, to preserve the independence of South Korea. China allied with North Korea, which also is a strong and enduring alliance, since the two countries share a Communist system. 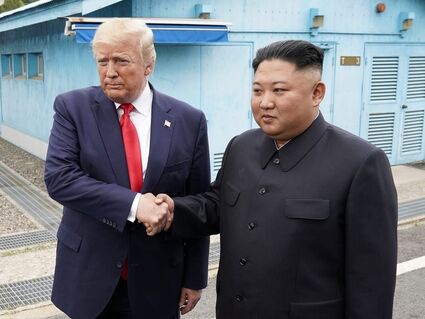 The DMZ, a six to 12 mile wide strip of land marking the border between North and South Korea, is uninhabited. Marked by fences and mine fields, the name is a misnomer. It has been called the most heavily militarized area on the planet. On the other hand, it has also become a kind of nature reserve. Amur tigers, red tailed Asian Deer, and many species of birds rarely seen today in East Asia, may be found there.

President Donald Trump met North Korean dictator Kim Jong Eun in the DMZ in 2018, shaking hands and attempting to create a more peaceful relationship with North Korea. The Democratic People's Republic of Korea (DPRK) frequently launches nuclear capable unarmed missiles into the sea, in order to garner concessions from the West and from South Korea.