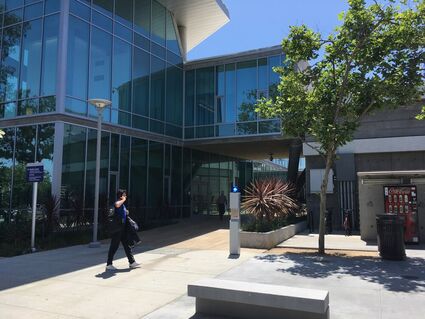 Random photo of SMC student on a cell phone.

A suspect was arrested this week in connection with a series of sexual assaults targeting female Santa Monica College students, school authorities announced.

The arrest was made on the SMC campus by the Los Angeles County Sheriff's Department with the assistance of the Santa Monica College Police.

Griddine, a student at SMC, was transported to South Los Angeles Sheriff's Station and his bail has been set at $1,000,000, police said.

Last Thursday, the campus police issued a warning, saying they had received a report about a man befriending female students in an outdoor seating area south of Drescher Hall. After befriending the women, the suspect would then lure his victims off campus and sexually assault them, campus police said.

According to Adams, the assaults occurred in late September, with SMCPD being notified last Thursday. In addition, there have been at least two victims, but SMCPD cannot provide further information.

"This is an active investigation being conducted by the Sheriff's department and questions about the case should be directed to them," police said.

Any with information about these incidents is urged to call Sergeant Belen Lemus of the Los Angeles County Sheriff's Department Special Victims Bureau at 562-946-7012.