Hit and runs seem to have become an epidemic in So Cal. This driver was pursued by a good Samaritan. 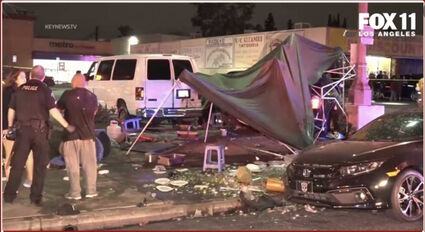 A taco stand on Holt Avenue in Pomona was the site of a serious car vs. pushcart vendor accident. One man, a customer of the street vendor, was pronounced dead on scene. A female driver who initially fled from the scene, was taken into custody by Pomona Police. 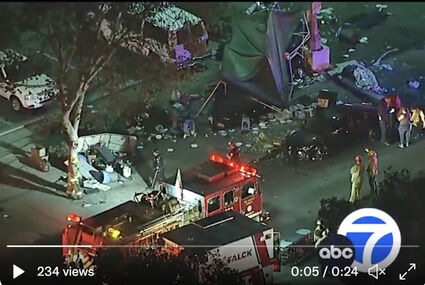 "One person was killed and eight others were injured after a car plowed through a taco stand near Holt Ave. and Dudley St. in #Pomona tonight. Police are urging the public to avoid the area as they conduct their investigation." tweeted KTLA.

Hit and runs seem to have become an epidemic in Southern California of late. The Pomona driver was reportedly pursued by a good Samaritan.

"They just reported on one of the news channels about two hit and runs yesterday, with an LAPD spokesman saying they get around 100 calls a week about them. And here we have another tragedy. Our street vendors are so vulnerable," tweeted one woman.